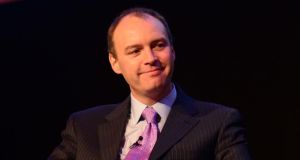 Aviation leasing giant AerCap has reported profit after tax of $544.1 million (€458.5 million) for the first six months of 2017, an increase of 19.2 per cent on the same period last year.

The higher profit was driven primarily by strong gains on the sale of assets and higher maintenance rents, the company said in a statement on Thursday.

Gains on the sale of assets jumped by almost 100 per cent as the company reported a profit of $102.2 million. Maintenance rents increased by more than $33 million in the same period. The jump in those rents was helped by higher end-of-lease compensation received during the second quarter.

AerCap’s effective tax rate in the second quarter was 13 per cent, down from 13.5 per cent in the same period in 2016.

By the end of June the company had $9 billion of available liquidity. It had executed 108 aircraft transactions in the second quarter. Some 99.5 per cent of the group’s fleet was in use during the reporting period.

Commenting on the company’s results, AerCap chief executive Aengus Kelly said: “Our strong operational performance continued with the execution of 108 aircraft transactions during the second quarter. In addition, during the quarter we ordered a further 30 Boeing 787 aircraft, making AerCap the largest customer of the 787 Dreamliner.”

He added: “Most recently we successfully completed an offering of $1 billion of 10-year senior notes, further strengthening our financial position.”

AerCap is Ireland’s largest aircraft-leasing company with a portfolio of about 1,539 aircraft. Listed on the New York Stock Exchange, the company serves about 200 customers in 80 countries.