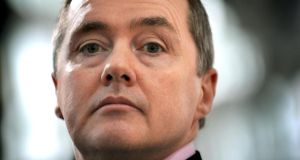 Throwing his memory back to his days leading Aer Lingus in 2001, Willie Walsh remembers that Irish passengers wanting Mediterranean sun had to “get a charter flight, or a flight to Heathrow or somewhere else”.

Today, Aer Lingus flies directly: “I think, going back to 1993, when the market was fully liberalised and deregulated, there is no question that if you look at what has happened since, there is much greater choice.

The European Union’s open-skies policy boosted competition, increased choice and gave low-cost players such as Ryanair and EasyJet the opportunity to grow.

However, Walsh argues that the “legacy” airlines also responded. Along with this, he also points out that the number of airlines has grown and that tickets are cheaper now than they were a quarter of century ago. While he says airlines have done their bit, Walsh echoes the rest of his industry and argues that there is room for improvement at airports, whose charges he maintains are still expensive.

He also believes they need to improve their own services, not just in their terminals and runways, but by opening up further and developing better road and rail services to improve access for passengers.

One impact of the EU’s open skies regime was to force the privatisation of the old state-owned flag carriers. Most are now either listed on stock markets or, like IAG’s constituents, controlled by bigger groups. In light of this, Walsh sees no sense in a rule that bans anyone from outside the EU owning more than 49 per cent of any of its airlines. He believes it is a hangover from the days when airlines were seen as symbols of the countries that owned them and is no longer relevant.

Tougher restrictions in the US apply only because the country wants its airlines to be available as reserve troop carriers in times of war or emergency and has decided that majority foreign ownership is not compatible with this. However, Walsh points out that the EU makes no such demands of its carriers.

Walsh is seen as the architect of IAG, which last year carried more than 100 million passengers and earned revenue of €23 billion. He began his career as a pilot with Aer Lingus and rose to become its chief executive in October 2001, taking over when it was in financial trouble. The 9/11 terror attacks in the US had damaged its profitable transatlantic business while it was struggling to compete in Europe. After returning the company to viability he and its management proposed privatising it, but met resistance from the government and unions.

He left in 2005 and became chief executive of British Airways later that year. In 2011, he created IAG by overseeing the merger of the UK carrier with Iberia and became its chief executive. The group added Vueling in 2012 and, after a nine-month debate, Aer Lingus in 2015. This year it launched a new long-haul, low-cost carrier, Level, based in Barcelona.

It was one of the biggest consolidations in European aviation. Walsh agrees that deregulation made it possible. “To be honest, IAG probably could not have happened in its current form,” he says.

The consolidation was part of a general trend. IAG’s rivals Air France-KLM and Lufthansa expanded from being single carriers into much bigger groups. Most observers believe this will continue until just four or five big players are left in Europe. Not everybody thinks this will be good for consumers, but Walsh argues that they will benefit.

“Consolidation in itself is not a bad thing,” he says. The larger groups are better than one airline on its own, he adds. Their scale means that they have lower costs, which benefits consumers. At the same time, the individual airlines continue to compete with each other, irrespective of ownership, while new players continue to enter the market, which the airline boss maintains has low barriers to entry.

“The fear is that some markets will not get served,” he says. “But if they are not served by one airline, you will see them served by another.”

Not surprisingly, given that IAG’s operations are based in three different EU states, Walsh was a vocal opponent of Brexit. Once it happens, there is a question mark over the UK’s membership of the current regime, which allows EU airlines free access to the bloc’s skies.

Some, including Ryanair chief executive Michael O’Leary, question whether a replacement can be negotiated in time for the country’s scheduled exit in March 2019. He repeated his warning this week that, in a worst-case scenario, flights between the UK and EU could stop for several months after this date. A British think tank, UK in a Changing Europe, made a similar prediction in the last few days.

“I think it is the greatest challenge for the industry in the short term,” Walsh says. However, he is optimistic that a solution will be found and points out that the industry is working to remind both sides in the talks of the benefits of open skies while the UK government is conscious of the sector’s position.

“I don’t share Michael O’Leary’s view; the good thing about Michael is that he is not always right,” Walsh says.