Win a stay in The Lodge at Ashford Castle, Carton House, Fota Island Resort, Radisson Blu Dublin and the iNua Collection of hotels 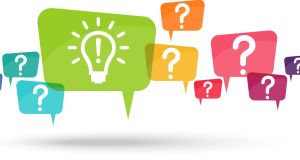 1. Which company has been charged with delivering high-speed broadband to rural Ireland?

2. In which city was the new Central Bank of Ireland governor Gabriel Makhlouf born?

3. Which Meath-based couple made €266m from the sale of their business this year?

4. In May, who was chosen as the Business Person of the Year at the Irish Times Business Awards in partnership with KPMG?

6. Who won the EY Entrepreneur of the Year award in November?

7. It was a turbulent year for the FAI. Which telecoms company decided to end its title sponsorship of the Irish national team?

8. Who took over as Aer Lingus chief executive this year and who did he replace?

9. Who are the four women pictured?

10.Who won the RDS gold medal for industry this year?

11. What company had the distinction of being the only one to float on the Euronext stock market in Dublin in 2019?

12. What type of aircraft was grounded this year by regulators after two crashes that resulted in the deaths of all 346 people on board?

13. Who are the new owners of Independent News & Media?

14. Which cinema brand is operated by the Press-Up hospitality group?

16. Who has been chosen as the new worldwide chair of the Ireland Funds?

17. Which billionaire financier is investing €2 million in FAI Cup winners Shamrock Rovers for a 25 per cent stake in the club?

18. In Budget 2020, the rate of stamp duty applicable to non-residential property transactions was raised from 6 per cent to what level?

19. Cairn Homes received the green light to seek planning permission for its prime site at Montrose in Donnybook. How many homes does it want to build?

20. Who said: “They’ve bulldozed competiton, used our private information for profit, and tilted the playing field against everyone else.”

21. Which Irish listed company had its shares suspended this year after the emergence of major accounting irregularities?

23. The aviation regulator slashed passenger charges by 11 per cent at Dublin Airport for the next five years. What is the new average charge for that period?

24. Which airline closed all of its direct transatlantic routes out of Ireland during 2019 as a cutting measure?

25. Why was Carlos Ghosn in the headlines this year?

26. Who acquired the former Clerys department store in Dublin in 2019?

27. Which tech company that floated this year lost the most value post IPO? Uber, Lyft or Peleton?

28. Paddy Power Betfair changed its name this year. What is it now called?

29. Which Leitrim distillery produced the first batch of its own Irish whiskey during the year?

30. Dublin’s tallest residential tower opened to tenants this year. What is it called?

This year the winner will receive a one-night stay at The Lodge at Ashford Castle in Cong, Co Mayo. This will include breakfast and dinner at the magnificent five-star resort.

Second prize is a two-night break at the 1,100-acre Carton House in Kildare. This includes a round of golf for two, bed and breakfast on both mornings, and dinner on one evening.

Third prize is a two-night stay for four people in one of the Fota Island Resort courseside lodges. This includes breakfast on one morning in the hotel plus a fourball on its award-winning golf course and lunch for four in the clubhouse.

Fourth prize is a two-night stay for two people at the Radisson Blu Royal Hotel in Dublin. This includes accommodation in one of its stylish new bedrooms along with breakfast each morning, and dinner on one evening in the newly-opened Chancery Grill restaurant.

There is also a participants’ prize for a two-night break, with breakfast on both mornings and one evening meal, at one of the iNua Collection hotels. The winner can choose a break in any of iNua’s nine hotels, which comprise the five-star Muckross Park Hotel & Spa in Killarney, the Kilkenny Hibernian Hotel, the Hillgrove Hotel & Spa in Monaghan, the Tullamore Court Hotel in Offaly, the Fairways Hotel in Dundalk, and the Radisson Blu properties in Cork, Limerick, Athlone and Sligo.

This will be awarded to the first name out of the hat for all completed entries. So there’s every incentive for you just to enter the competition.

Entries should be sent for the attention of Ciarán Hancock to: The Irish Times, 24 Tara Street, Dublin 2 or by email to bizquiz@irishtimes.com

Entries must be received by Monday, January 6th. The winners will be announced later that week. Best of luck and Happy Christmas.