Fundraise led by Finch Capital with participation from Atlantic Bridge, SOSV and EI 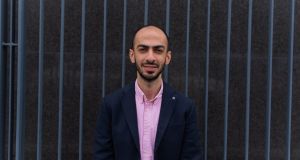 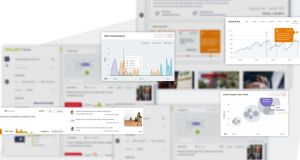 Aylien, an Irish provider of artificial intelligence-powered risk intelligence and financial analytics solutions, has raised €5 million in a Series A funding round led by Finch Capital.

The latest funding announcement comes after the company said it has seen significant growth this year with new partnerships with the likes of Microsoft, Aon and Revolut.

Aylien, which was named as one of Europe’s hottest start-ups earlier this year by Wired magazine, was founded in Dublin 2012 by Parsa Ghaffari.

The company offers natural language processing and text analysis tools that can be used to summarise, categorise and extract meaning from large amounts of unstructured data. The technology is capable of analysing news and events as emerge to allow end-users to identify and quantify the possible impact on their business before they are reported by mainstream media. Its proprietary tools currently analyse news in 14 languages from over 160 countries.

“We’re seeing a big shift towards utilizing alternative sources of data such as news in risk management and finance applications, which have for the most part remained untapped given the complexities of this kind of data,” said Mr Ghaffari.

“The Aylien platform turns the world’s news data into a rich, reliable, and real-time source of information for businesses, that not only helps our customers reduce costs by significantly lowering the amount of human effort required in data collection and event discovery processes, but also generates additional revenues by capturing new information that would have previously been out of their reach,” he added.

The latest investment will fund additional growth and expansion into the risk intelligence market, as well as the development of a new revenue channel and product line via a user-facing application, the company said.

Aylien previously raised €2 million in 2017 in a fundraise led by Atlantic Bridge University Fund and announced the creation of 70 jobs.

Finch Capital, which led the latest fundraise, is an early-stage venture capital firm with offices in Amsterdam, London and Singapore. Earlier this year, it partnered with Enterprise Ireland for a new fintech-focused fund with the VC agreeing to establish a presence locally after a €10 million investment from the State agency.

“Aylien has developed world leading AI and natural language processing (NLP) technology which we believe has exciting applications across risk management, finance, and intelligence. We anticipate significant growth in AI, comparable to the fintech wave of the last five years, and expect to double down on European AI over the next three to five years,” said Mike Brennan, principal at Finch.

1 Ireland has EU’s most progressive tax system, study finds
2 Who are Ireland’s 17 billionaires?
3 Are there annual limits on inheritances or gifts to a child?
4 Doomsday Clock counting down remaining time left for civilisation
5 UK to prioritise EU trade deal over one with United States
Real news has value SUBSCRIBE