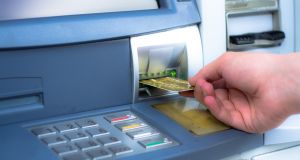 Indecon noted that the absence of a physical branch network in rural areas is not the key factor determining access to credit. Photograph: iStock

There is no business case for the State to establish a public banking system, a report commissioned by the Department of Finance has found.

Economic consultants Indecon supported a previous report, noting that there is no economic case for a State-owned banking network, despite some areas of market failure.

They found that there is extensive provision of banking services by credit unions, An Post and commercial banking providers in the Irish market.

However, it also found there is a small percentage of enterprises of small and medium-sized enterprises that are discouraged from borrowing due to a range of factors such as perceptions that banks are not lending. Indecon also identified market gaps for those at risk of financial exclusion.

The model of community banking is prominent in Germany, where interest rates are 0 per cent on deposits. An Oireachtas committee last year was told by German officials that people bring their deposits to these community banks because they know they are safe.

The programme for Government contained a commitment to undertake an investigation on the possibility of bringing community banking to the Republic. Last year, a paper was published on local public banking which also failed to find an economic case for community banking.

“The Government remains fully committed to supporting the SME sector, and this report recognises the supports the State has in place to assist them,” Minister for Finance Paschal Donohoe said.

Indecon noted that the absence of a physical branch network in rural areas is not the key factor determining access to credit. And while Irish customers still value face-to-face relations, Indecon said its investigation couldn’t find a compelling case for significant investment by the State to facilitate this.

“We would have concerns over the ability of such a new State-owned entrant to provide effective competition and the exchequer costs and risks involved would not be justified by our analysis of the causes and extent of market failure,” the consultancy said.

Additionally, Indecon’s analysis concluded showed that there is no correlation between the SME bank finance application rates and the number of banks in a region.

The consultancy published a series of recommendations such as the expansion of Microfinance Ireland’s mandate to provide enterprise loans of up to €50,000. It also called for support to the credit union market to deliver an expanded range of community banking services and noted An Post’s mooted expansion of its banking operations.