US software company Diligent to create over 200 jobs in Galway 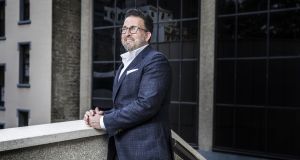 US software company Diligent is to create more than 200 jobs in Galway with the opening of a new European hub.

The New York-headquartered company, which has developed a software platform that helps organisations manage governance-related issues more effectively, said the new roles would be across several business functions, including customer support, finance, product, HR and marketing.

The investment is supported by the State through IDA Ireland, whose chief executive, Martin Shanahan, described it as a welcome boost for the west.

Founded in 1994, Diligent provides a cloud-based subscription service that is used by more than 19,000 organisations in over 90 countries.

“Our platform allows companies to confidentially share material with their boards and to take care of the broader governance workflow, such as meeting minutes, conflicts of interest, voting approvals, evaluations and so on.”

Diligent went public in 2007, but returned to private ownership in early 2016. It has experienced significance growth since then, expanding its product portfolio and growing customer numbers from 4,400 to over 19,000.

Mr Stafford said the company had witnessed a marked increase in business during the coronavirus pandemic. “During times of crisis organisations tend to need to have more meetings to decide things, so our software is being used more frequently.”

Over half of Diligent’s revenues come from outside North America, with Europe a key market. Mr Stafford said the company’s decision to set up its hub in Galway is to deal with current rather than projected growth.

The decision is seen as a major win for the city and follows a decision by Rent the Runway to set up a European headquarters in Galway last year with the creation of 150 jobs.

Mr Stafford said the company did consider other locations, both in Ireland and further afield.

“We decided in the end that we could make a bigger splash in Galway, especially as we have a really interesting story to tell. Some of the most influential people on the planet are using our software, including many leading chief executives and chief financial officers, and we’re helping them to do their job better.”

Mr Shanahan welcomed Diligent’s announcement, which comes during a period in which foreign direct investment has weakened on the back of the Covid crisis.

“It is a huge vote of confidence in Ireland, and demonstrates our continued agile and adaptable business environment at a time of unprecedented global flux due to the ongoing Covid-19 pandemic.”