Nanobots will live in our brains in the 2030s, says Google boss 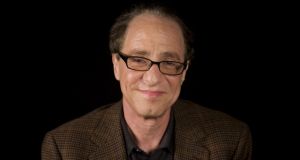 Ray Kurzweil is director of engineering at Google but he is better known for writing best-selling books outlining the future of artificial intelligence.

He has made 147 predictions on the future of technology including the ubiquity of wearable devices and the move from desktops and laptops to smartphones and tablets. In fact, his prediction rate has been rated 86 per cent accurate.

With this in mind, fans were excited to see Kurzweil answer their questions in a live streaming interview session last week where he elaborated on his predictions.

Kurzweil thinks true AI will arrive when narrow fields within machine learning, computer vision and so on get broader and broader until there “won’t really be any difference between AI and natural [human] intelligence”.

“It is not an alien invasion of AI from Mars; we’re going to make ourselves smarter by merging with it,” he added. This merging will happen using nanobots, he predicts.

“In the 2030s we are going to send nanorobots into the brain that will provide full immersion virtual reality from within the nervous system and will connect our neocortex to the cloud. Just like how we can wirelessly expand the power of our smartphones 10,000-fold in the cloud today, we’ll be able to expand our neocortex.”