Too much screen time: the new digital divide? 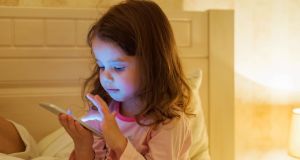 A recent survey from San Francisco non-profit organisation Common Sense Media has shed new light on the technology habits of one- to eight-year-olds.

It was found that the gap between children in lower- and higher-income households in terms of computer access and internet speed available is still there but much smaller than six years ago.

Additionally, mobile devices are no longer out of reach to lower-income households: 96 per cent of families in this demographic have mobile devices compared with 34 per cent in 2011.

One area where this has really changed is the amount of screen time young children have access to. The hours spent using screens (mobile, tablet or computer) have remained more or less consistent for middle- and higher-income families since 2011 (2:25 and 1:50 hours daily respectively).