Rise, which attracts more than 16,000 attendees, postponed over safety concerns 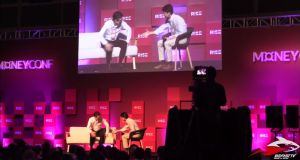 Rise has been held annually in Hong Kong since 2015

The organisers of Web Summit have postponed a sister event in Hong Kong due to be held next March due to the ongoing tensions in the protectorate.

Rise, an event that has been held annually in Hong Kong since 2015, typically attracts more than 16,000 attendees from over 100 countries. The conference was due to be held next March but has been cancelled due to safety concerns.

“Given the uncertainty of the situation by early 2020 and after consulting with experts and advisories, we have decided to postpone Rise until March 2021,” the event organisers said in a statement.

Rise is one of a number of conferences held globally by Web Summit, the Dublin-headquartered company. It also hosts Collision, which recently moved from New Orleans to Toronto.

The latest instalment of the company’s flagship event, which began in Dublin in 2009 with fewer than 400 attendees, took place in Lisbon last week with more than 70,000 people attending.

The cancellation of Rise comes just hours after it was confirmed that Hong Kong’s biggest music festival Clockenflap, which was due to take place later this month, will also not now proceed.

Anti-government protests began in Hong Kong five months ago when the authorities sought to bring in an extradition Bill that critics believed would be used to bring political dissidents to China for trial. While the Bill was later dropped, the protests have evolved into calls for greater democracy, among other demands.

Hong Kong confirmed on Friday it had fallen into recession for the first time in a decade on the back of the continued unrest.