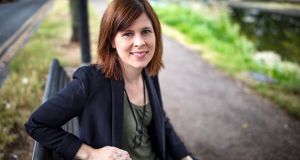 Speech-recognition technology developed by Irish company SoapBox Labs has been selected by a leading US research institute for use in a $30 million educational programme focused on boosting literacy rates among children.

The Florida Center for Reading Research, which is part of Florida State University, is using the start-up’s technology to develop next-generation literacy assessments that will help educators to better understand children’s reading and language skills.

The institute is partnering Soapbox as part of a five-year programme run in partnership with Harvard and the Massachusetts Institute of Technology (MIT) .

The $30 million project, Reach Every Reader, is supported by Facebook founder Mark Zuckerberg and his wife, Dr Priscilla Chan, through their Chan Zuckerberg Initiative. It aims to identify children who have reading and language difficulties early on so that appropriate interventions can take place that will make a difference.

The Florida institute commenced pilot studies of SoapBox’s technology in September with assessments of 1,000 students.

“These guys are pretty much leaders in the field of literacy education for children. They are extremely well known in the area, and our technology is enabling them to do work that they wouldn’t have been able to do previously,” said SoapBox founder Patricia Scanlon.

SoapBox uses artificial intelligence and deep learning to develop cloud-based speech recognition solutions specifically for young children. This technology has been popularly dubbed as “Siri for kids”, although it is more complex than that might suggest, as children’s speech behaviour differs greatly from adults’.

Ms Scanlon, a former researcher at Bell Labs who has a PhD in digital signal processing in electrical engineering, was one of two Irish women named by Forbes magazine in its global “top 50 women in tech” ranking last year. Her company was also recently named one of Europe’s hottest start-ups by Wired UK.

The majority of SoapBox’s clients are in the education space.

“Speech recognition holds immense potential to better identify a child’s likelihood of literacy success, and to reduce the risk of bias for dual-language learners or children who speak with a dialect variation. An immersive, reliable and effective assessment system like this can hopefully revolutionise the way we think about assessing children,” he added.

SoapBox Labs is increasingly gaining traction globally, aided in part by MIT, giving the technology its seal of approval.

The company recently partnered language platform Lingumi to bring its speech-recognition software to its app. It has also teamed up with Microsoft to bring its technology to the tech giant’s Azure platform as part of a pilot project.