Ebury plans to double staff numbers at its Dublin office

Fintech already employs 15 in Dublin after opening in 2019 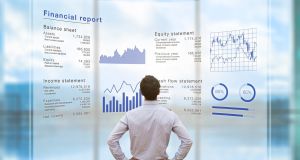 The company, which is backed by Banco Santander, provides services such as foreign exchange, cash management and trade finance for small and medium-sized businesses.

Lloyd Hutchinson, country manager for Ebury’s business in Britain and Ireland, said the Irish market was an important one for the company, with a growing number of companies seeking alternative means of finance to support their move into international markets.

“Transactional banking is a massive segment but it is fundamentally broken,” he said. “Corporates face significant friction from the incumbent providers. Ebury’s success in Ireland has been delivered by filling the funding gap left by traditional funding systems.”

Ebury said it has between 350 and 400 clients in Ireland, with plans to increase that further as the growing appetite among Irish businesses becomes apparent.

Santander invested £350 million for 50.1 per cent of the company earlier this month as part of a digital strategy to boost growth through new ventures. Some £70 million of that investment is new primary equity to support Ebury’s plans to enter new markets in Latin America and Asia.

“The Ebury story is one of successful and continued growth,” Hutchinson said, adding that the partnership with Santander provides the company with vital capital to enrich its product offering and accelerate growth.

“We want to entrench our strategy of being the leading global platform for any business that wants to engage in cross border trade.” – Additional reporting: Reuters