VC funding for Irish companies down sharply in third quarter 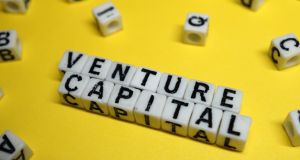 Software accounted for 34 per cent of funding in the third quarter. Photograph: iStock

Venture capital funding into Irish companies fell sharply in the third quarter, but is up by 3.7 per cent to €566 million for the first nine months of 2019.

New figures from the Irish Venture Capital Association (IVCA) show funding declined by 20 per cent to €136 million in the July to September period.

According to the data, there was a notable decline in deals above the €10 million mark, which were partly offset by a 36 per cent increase in the number of companies achieving investment up to that figure.

Overall, there were 189 deals worth up to €10 million in the first nine months. This compares to 139 for the same period a year earlier.

Seed funding increased by 30 per cent for the third quarter.

Sarah-Jane Larkin, director general, IVCA, pointed to a noticeable decline in the proportion of funding from overseas investors, which was down 60 per cent on a quarterly basis and by 40 per cent in the year to date.

“While they remain an important player in the Irish market, as a nation we should not be overly dependent on overseas investors, but create the environment locally to create Irish multinational companies,” Ms Larkin said.

Software accounted for 34 per cent of funding in the third quarter, with life sciences making up a further 14 per cent of deals. A surprising entry in the top three was food and drink at 26 per cent due primarily to a number of companies in the whiskey space securing investment.

According to IVCA, since the onset of the credit crunch in 2008, in excess of 2,500 Irish SMEs have raised venture capital and private equity of €5 billion.

1 Bank of Ireland sees more than 1,400 staff apply for redundancy
2 Air travel never going ‘back to way it was’
3 J&J launches first phase 3 trial of single-dose Covid-19 vaccine
4 Should I switch bank now with Ulster Bank at risk of closing?
5 South Dublin land at €19m has scope for up to 500 homes
Real news has value SUBSCRIBE