Weblog: Users of Russian-owned app may be vulnerable to FSB access 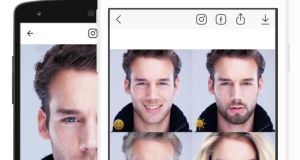 FaceApp says it removes all user photos from its servers within 48 hours and much data is stored outside of Russia.

Following a call for investigation into the face-morphing app back in July by Democratic US Senate minority leader Chuck Schumer, the FBI has indicated that Russian-owned FaceApp poses a “potential counterintelligence threat”.

Schumer tweeted about the hugely popular app on Monday: “A warning to share with your family & friends: This year when millions were downloading FaceApp, I asked the FBI if the app was safe. Well, the FBI just responded. And they told me any app or product developed in Russia like FaceApp is a potential counterintelligence threat.”

He also publicly shared a letter from the FBI in which concerns are voiced about the reach – specifically the “robust cyber exploitation capabilities” – of the Russian Federal Security Service (FSB). The letter clarified: “In other words, the FSB can remotely access all communications and servers on Russian networks without making a request to ISPs.”

FaceApp, however, does state that it removes all user photos from its servers within 48 hours. Additionally, much data is stored outside of Russia, specifically within the US, Australia and Ireland.

“Even though the core R&D team is located in Russia, the user data is not transferred to Russia,” company founder Yaroslav Goncharov has previously told RTE News.

1 Ireland has fifth-largest number of billionaires per capita in the world, says Oxfam
2 Companies should not use the climate crisis as a scapegoat
3 Chris Johns: Ireland risks populist culture war over property and pensions
4 Irish rents see second-highest increase in the EU since 2007
5 PTSB finance and operations executives vie for chief executive job
Real news has value SUBSCRIBE