US should fix its own lax tax system before attacking Ireland 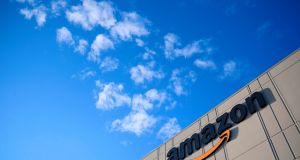 Amazon will pay zero US tax this year on 2018 profits of $11.2 billion, according to a report by the US Institute on Taxation and Economic Policy. Photograph: Johannes Eisele/AFP/Getty Images

For years, US politicians – including the current president – have blamed Ireland for depriving the US of a big slice of the profits from US multinationals. Complex tax vehicles, exploitable loopholes, and beneficial deals meant money failed to make its way to US tax authorities, they cry.

That narrative featured prominently in 2017 as US Republicans put forward new tax proposals that eventually became law. But it’s a story that has been told for around two decades now, as Ireland became ever more prominent as the European base for so many US corporates.

And in the big picture, it’s still largely a load of codswallop. There’s no question that US corporates with deep pockets engage accountants and tax lawyers to exploit complicated – and as they’ll insist, legal – tax dodges, some of them in Ireland.

But the main reason big US companies don’t pay anywhere near the statutory 21 per cent US corporate tax rate (down from 35 per cent after the 2017 law) is all “Made in the USA”: the nifty tax swerves provided by the US tax system and US local, state and national politicians.

A report released last week by the US Institute on Taxation and Economic Policy (Itep) exposes just how lucrative (not) paying taxes in the US system can be.

Valued at $800 billion (€705bn), Amazon actually qualified for a federal tax rebate of $129 million. As Itep noted, “For those who don’t have a pocket calculator handy, that works out to a tax rate of negative 1 per cent.”

How is this even possible?

“The fine print of Amazon’s income tax disclosure shows that this achievement is partly due to various unspecified ‘tax credits’ as well as a tax break for executive stock options,” Itep said.

Itep said a major factor in why the company paid nothing to the US Internal Revenue Service this year was . . . Trump’s 2017 tax cuts. They dropped the overall tax rate, but also left in place “a slew of tax loopholes that allow profitable companies to routinely avoid paying federal and state income taxes on almost half of their profits”.

But there’s more. Between 2009 and 2018, Amazon paid $791 million in taxes on $26.5 billion in profit. That works out to a tax burden of 3 per cent. All legal, thanks to US tax loopholes, credits and other tax avoidance opportunities. And all standard procedure for America’s largest companies.

US tax laws are created by the same politicians who are heavily lobbied by, and receive donations from, large corporates

Itep, which has long campaigned for a fairer tax system, created a fact sheet in 2017 which highlighted a number of ways the US’s Fortune 500 companies avoided paying the then 35 per cent tax rate – a “tax myth”, as Itep put it.

Itep noted that 258 profitable Fortune 500 companies paid an effective 21.2 per cent over the eight years between 2008 to 2015. In other words, for nearly a decade, these big companies were already paying the “new” low rate introduced in the Trump/Republican tax law.

Of those 258 companies, 18 paid zero tax every single year in that eight-year stretch, while 100 of them paid zero tax in at least one year. Fifty-eight had multiple zero-tax years. Some 48 of the companies paid just zero to 10 per cent tax over those eight years.

And of the 107 companies in the sample with significant foreign operations, a majority – 62 – paid more in tax to foreign governments than they did to the US.

In case you’re still thinking that the “Double Irish” and the “Dutch Sandwich” indicate that all the tax “havens” are elsewhere, consider this headline in last Friday’s Washington Post: “Google reaped millions in tax breaks as it secretly expanded its real estate footprint across the US.”

Apple, Amazon and Facebook are among other companies that have sought large subsidies and tax giveaways for building projects, the article said, often negotiated behind the screen of non-disclosure agreements.

These various dodges – which enable some of these profitable, multibillion dollar companies to pay a lower tax rate than the poorest 20 per cent of US citizens – come courtesy of deficient US tax policy, according to Itep.

US tax laws are created by the same politicians who are heavily lobbied by, and receive donations from, large corporates. The biggest-spending tech lobbyists in Washington, DC in 2018 were Google ($21.2 million), Amazon ($14.2 million) and Facebook ($12.6 million).

“Companies haven’t been shy about pouring millions of dollars to prop up a [US tax] system that benefits them,” Itep senior fellow Matthew Gardner told the Washington Post.

Keep that money trail in mind next time US politicians want everyone to look over here in Ireland, rather than pry into the situation at home.

4 Stocktake: Is talk of a bubble overstated?