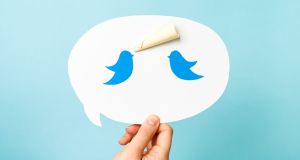 Twitter has launched a new version of its mobile website that is designed to use less data than than the standard version, load more quickly on slow or unreliable networks and take up less space on devices.

“Twitter Lite provides the key features of Twitter - your timeline, Tweets, Direct Messages, trends, profiles, media uploads, notifications, and more,” he wrote. “With Twitter Lite, we are making Twitter more accessible to millions of people - all you need is a smartphone or tablet with a browser.”

According to estimates from the GSMA, 45 per cent of mobile connections are still on 2G networks, despite a rise in the number of smartphones in use.

The new site also has a data saver mode, which will cut the amount of mobile data used by up to 70 per cent - a key feature if you are roaming on expensive plans or have a limited home data plan. The data saver mode shows previews of images and videos rather than loading them automatically, allowing users to choose what they want to download.

It also offers offline support and push notifications on Chrome and other browsers for the Android system,

“Twitter Lite is a great way for many people in emerging markets across Asia Pacific, Latin America and Africa to experience Twitter for the first time on their mobile devices,” he said.

Twitter Lite can be accessed through mobile.twitter.com on smartphones or tablets.

1 How much state pension will I get next year?
2 Oxford Covid vaccine trials offer hope for elderly
3 Apple planning updates to its AirPods earbuds next year
4 Ulster Bank to introduce new card payment controls on app
5 Investors unnerved by Brexit, Covid-19 and US election jitters
Real news has value SUBSCRIBE