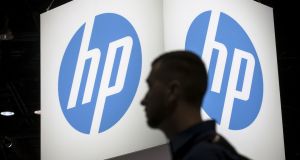 HP Inc has announced it will begin shipping a new range of A3 multifunction printers, with inbuilt hacking protection.

Announcing the launch of the new printer family at a HP innovation event in London, David Ryan, vice president EMEA and general manager, print, said the printers will ship to more than 80 countries in all major markets worldwide.

The print giant said the new A3 portfolio would transform the copier experience for customers and service professionals by offering advanced security features “unmatched in the marketplace”.

The devices incorporate HP’s Sure Start, which effectively puts a gold master copy of the operating system into the printer.

Mr Ryan said this meant if the printer was attacked, it could identify there was a violation and it could “self heal” by rebooting and defending itself against hacking.

He described the technology as a “behavioural-based anti-malware system engineered into the printing device”.