Measures designed to identify accounts that break rules, then impose a ‘Twitter time out’ 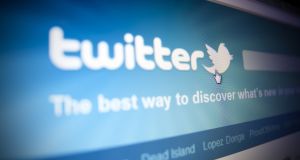 Twitter: The company’s “troll problem” has been cited as a possible reason it has not yet found a buyer.

Twitter is promising to crack down on abusive accounts on its service, moving to limit accounts engaging in abusive behaviour, and bringing in new filters to allow users to control what they see on the social network.

In a blog post, Twitter’s vice-president of engineering, Ed Ho outlined the changes to the company’s policies, which include proactively working to identify accounts that are acting abusively, even if they haven’t been reported.

For example, those who are repeatedly tweeting nonfollowers without solicitation could find themselves in a sort of “Twitter time out”, where only their followers can see their tweets for a set period of time.

“Our platform supports the freedom to share any viewpoint, but if an account continues to repeatedly violate the Twitter rules, we will consider taking further action,” Mr Ho wrote. “We aim to only act on accounts when we’re confident, based on our algorithms, that their behaviour is abusive.

“Since these tools are new we will sometimes make mistakes, but know that we are actively working to improve and iterate on them everyday.”

Meanwhile, the platform is bringing in new filters that that can be used to weed out notifications from those without a verified email address or profile photograph, which will target the anonymous “egg” accounts on Twitter.

Reporting harassment and abusive accounts will also be more transparent, with users receiving an update on the action Twitter has taken – if any – against offenders.

“Today’s changes are another example of our commitment to make Twitter the best place to see what’s happening. We take a principled position in everything we do, balancing our commitment to freedom of expression and calls from our account holders worldwide to improve their experience,” said Sinead McSweeney, vice-president of public policy and communication for Twitter in Europe, the Middle East and Africa, and managing director Twitter Ireland.

“Our uniquely open platform will remain as such; open to all views and all sides,” she added. “Now, more than ever, we are deeply passionate about Twitter’s role in amplifying voices from every corner of the globe.”

Twitter has moved to take stronger action against abuse on its platform in recent months after it came under fire for its response to the behaviour of users. In the past few weeks, the company said it had also changed its reporting process, reduced notifications from muted accounts, and implemented new measures to stop the creation of abusive accounts.

The “troll problem” has also been blamed for Twitter’s failure to find a buyer.