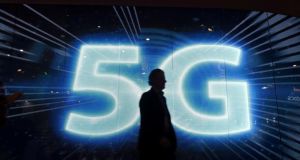 Barcelona is the capital of the tech world as policy makers, technologists and analysts descend on the Catalan capital for the Mobile World Congress. 5G (fifth-generation wireless), the successor to 4G LTE, is again a major theme as companies showcase their latest technology and panellists discuss 5G’s potential economic value.

While it’s clear that technical progress is being made, there is also a problem: the seductive lure of achieving super-fast wireless speeds distracts from the broader vision originally envisaged for 5G. This quest for speed is influencing much of the research and development.

5G is supposed to be about more than speed. It is supposed to be a game-changer, a “network of networks” capable of facilitating the internet of things revolution and supporting a myriad of new applications, such as self-driving cars.

And, anyway, the focus on speed is a distraction since the average European can already access speeds of 31 Mbit/s with 4G. Simply increasing the speed without ensuring reliability or coverage outside urban areas means we will see more casual gaming apps in the spirit of Pokémon Go rather than a country-wide e-health solution.

Voices of concern have already begun to emerge. In his recent book, The 5G Myth, William Webb, a former director of OfCom (the independent regulator for the UK communications industries) warns against this narrow focus on speed. He argues that research should instead address the challenge of making connectivity available at the times and places when it is really needed by individuals and commercial customers.

In practice, that means ensuring network coverage for a full house at Croke Park on All Ireland Sunday while making sure that people living and trying to run businesses in rural areas also have sufficient access.

Those at the Mobile World Congress will likely have heard a lot about the potential of millimetre-wave frequencies for achieving these super-fast wireless speeds. But transmitting signals at these higher frequencies will demand a massive increase in the number of base stations and antennas just to match the coverage of today’s 4G.

This will likely be the main contributor to the huge capital costs associated with 5G. Early estimates by the European Commission anticipate an increase of only a few per cent on current 4G investment expenditure, which still translates to billions of euro – and some analysts expect the figure will be significantly higher.

This focus on speed means we are missing out on a much more fundamental debate about the ownership of this new infrastructure. The mobile market has undergone major changes over the past decade, shifting from a market with a few mobile carriers offering everything from the infrastructure to the end-devices, to today’s market where mobile carriers are merely the owners of a piping network to carry the content and services of companies such as Google and Facebook.

This dramatic shift has raised a host of questions, from data privacy issues to cross-market monopolies. This is what 5G should also be tackling.

It is quite possible we will see a situation where mobile carriers decide not to invest in need 5G infrastructure unless regulatory conditions offer them a more favourable position, and until new sources of revenue can be found.

Traditional services such as voice calls and texts generated a revenue stream for mobile operators that was directly proportional to the infrastructure costs. These are currently giving way to communication services, such as WhatsApp, which are transmitted as mobile data service. Mobile operators benefit relatively little in terms of revenue from these services while still sustaining the infrastructure costs. High-speed 5G will only exacerbate this problem as it delivers more mobile data while requiring significant infrastructure investments.

One possible solution is to allow the 5G network to be built from both public and privately funded infrastructure. The European Commission’s 5G for Europe: An Action Plan refers to this as the “common platform”. The approach would give new and existing service providers such as Facebook and Google controlled access to real or virtual networks without needing to own a whole network infrastructure or spectrum.

The intention is to lower market-entry barriers for new communications providers while stimulating innovative new businesses and services that could operate on top of the mobile network infrastructure, mirroring to some extent the evolution of the internet.

This common platform model would also allow policymakers to bridge the gap between the protection rules currently applied to the conventional communications service providers and internet-based communications service providers such as Skype. The latter are currently operating under significantly more lenient data security and service guarantee laws.

This discussion on the architecture for 5G networks is far from being settled; many details are missing from the big picture. We need more conversations, especially at gatherings such as the Mobile World Congress. If we can get it right, we will enable the evolution of new services that better control the safety of our communications and data while making it both economically and technologically feasible to have new network infrastructure in the places where it is really needed.

If we get this wrong, 5G will be nothing more than a buzz term and yet another incremental addition to 4G. That would be a big disappointment.

1 Basic income for all: Has the Covid crisis given us a new economic model?
2 Only way is up for Stripe as valuation skyrockets
3 ‘I don’t need to do any of this. . .I don’t actually need to work.’
4 Kinzen raises $2.2m as it helps clients fight ‘misinformation’
5 Direct sea routes to Europe offer certainty in choppy Brexit waters
Real news has value SUBSCRIBE