Slow iPhone? You may not be imagining things 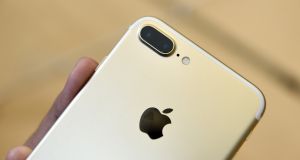 Did you ever get the feeling that your iPhone stopped working quite as well after a couple of years? Perhaps it coincided with the run-up to the launch of a new model, making you feel like you were being guided towards buying a new phone. It turns out you’re not alone.

But according to Apple, the company was trying to lengthen the life of your device rather than shorten it.

Last week Apple confirmed that a software update it issued a year ago contained a feature that manages performance on certain iPhone models, to help preserve battery life. The update, iOS 10.2.1, was introduced to stop phones with older batteries from shutting down suddenly when more power hungry processes put demands on the ageing battery.

And let’s face it, no one wants their iPhone shutting down unexpectedly when it has 20 per cent battery and you are trying to eke out precious minutes.

That same feature was brought to the iPhone 7 and iPhone 7 Plus in iOS 11.2, which explains why you might see a slowdown since updating your phone.

What did the update do?

How your phone was affected – if at all – depends on a few factors including the state of your battery and what you are trying to do with your phone. Apple calls it “improving power management during peak workloads”; some consumers would call it “slowing the phone down to a crawl”.

“While these changes may go unnoticed, in some cases users may experience longer launch times for apps and other reductions in performance,” Apple said in its statement.

Why are the batteries degrading?

It’s no secret that lithium ion batteries degrade over time. Even if you cut down your use in the mistaken belief that charging it less will extend the battery life, the battery will still degrade. It’s all about manufacturing date. There are other factors that age the batteries – leaving it in hot places, for example.

Why are people so annoyed?

It all comes down to communication. People are understandably annoyed that their phones, regardless of their age, are slowing down – considerably in some cases. Naturally, the assumption is that Apple is trying to make people upgrade to the newest model. The company says the opposite is the case. And, in fact, if you replace the battery with a new one, the issue should go away.

What is Apple doing to solve this?

The good news is Apple is cutting the cost of the official replacement batteries for out of warranty repairs from next month. If you have an iPhone 6 or later, the cost of a new battery will fall from $79 (€66) to $29 (€24). A new battery should solve the problem for most people.

There will also be an iOS update in the new year that will let you see for yourself if your battery is the cause of your phone’s poor performance, giving you the option of replacing the battery for a fraction of the cost of a new phone.

The upside is that fewer phones will be discarded in favour of new models. E-waste is becoming an increasing problem as the number of tech devices we own rises, and the upgrade cycle gets increasingly intense. And it’s definitely cheaper to replace a battery in an otherwise functioning phone than it is to pay around €1,000 for a new one.

It’s worth noting that if you are having issues with your phone, this particular software update might not be the cause of all your problems. The update responsible was only introduced in late 2016, and going by Apple’s statement, only affects certain models. That doesn’t mean you wouldn’t benefit from a new battery mind you – lithium ion cells typically only last two to three years anyway.

What’s the lesson to take away from this?

Communication is key. Apple’s statement on its website explains its actions fully to consumers, which might go some way towards repairing the damage to its reputation from the incident.

1 Bank leaked my loan request to family who tried to rip me off
2 Ryanair and Aer Lingus monitor impact of coronavirus on travel to Italy
3 How can I view my dead brother’s will if I’m not the executor?
4 Mastercard to create 1,200 new jobs by expanding base in Dublin
5 Exposed to coronavirus: How Irish business is coping with fallout
Real news has value SUBSCRIBE