London will be first target for service outside Australia 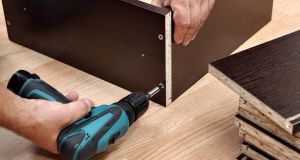 A former property investment banker is bringing his sharing-economy startup to London, months after an unprofitable rival sold itself to a furniture maker and at a time when regulators are cracking down on similar gig services.

Airtasker Pty Ltd is targeting London as its first city outside Australia in early 2018. It will initially operate from a co-working space in Finsbury Square, a short walk from London’s tech startup hub in Old Street.

Tim Fung founded the service in 2011, which lets individuals list a job they need undertaking - from web design consultancy, to knitting, to assembling Ikea Group’s flat-packed furniture - while other members bid to take on the work for an agreed-upon fee.

About A$100 million (€65.2 million) is now earned by Airtasker’s users annually, according to Fung, from which the site takes a 15 per cent cut.

“There was a guy earning something like A$20,000 a month doing graphic design,” the chief executive officer and founder said in an interview.

Airtasker bears numerous similarities to the one-time darling of the gig economy, TaskRabbit. Founded in 2008, TaskRabbit pioneered the internet-based model of connecting part-time workers with customers willing to pay to get jobs done. However, it surrendered lucrative parts of its business and never focused on particular segments, unlike Uber Technologies and Instacart. Its CEO said the company would be profitable by the end of 2016, then backed away from that forecast.

Ikea CEO Jesper Brodin has said the furniture maker will consider further acquisitions following its purchase of TaskRabbit, which agreed in September to be acquired by the Swedish company for an undisclosed sum.

Airtasker declined to reveal details about its annual earnings, and wouldn’t comment on whether it was profitable.

Airtasker is launching in London in the middle of strong criticism to the gig-economy model. In the UK, Uber lost an appeal over whether it should pay overtime and give vacation time to its drivers. London-based food-delivery company Deliveroo is being sued by dozens of riders over its failure to pay the minimum wage.

Mr Fung says his company is different to Uber, Deliveroo, and TaskRabbit because each job is opt-in from the point of the worker. “A person doesn’t get told what to do, or how much to do it for, or when to do it,” he said.

While TaskRabbit operates similarly to an agency, where applicants are approved as “Taskers” before they can take work, Airtasker allows anyone to post jobs of most kinds, and any other person can bid on carrying out the work.

It’s likely anyone completing any jobs via Airtasker will be classed as self-employed, said Glenn Hayes, partner and employment lawyer at Irwin Mitchell. “As soon as the company starts to exercise some level of control over them, or stipulate rules, that’s when you start to get into the territory of employee status,” he said.

Airtasker, which employs about 120 people, has received about A$63 million in funding to date, said Mr Fung. The most recent round, in October, totalled A$33 million from existing and new investors, and was led by Skyfield Capital - a family-run Australian firm with additional directors based in China, according to filings made to the Australian Securities and Investments Commission. Airtasker’s largest shareholder is Morning Crest Capital, a Chinese VC group, which participated in previous funding rounds and has also invested in drinks startup Wheelys Cafe and Australian ride-hailing service GoCatch.

The Australian founder says that while an IPO is nowhere in sight while he focuses on growing the business, he has aggressive expansion plans. He said he is “open to conversations” about local corporate tie-ups similar to Airtasker’s existing partnership with Ikea. Airtasker partnered with the Swedish company in May to create a customised app for buyers of Billy bookcases and its many other flat-packed items, offering assembly jobs to Ikea-certified members of the public.

“We’re trying to do what took us three-and-a-half years in Australia in nine months in the UK,” he said.

1 How can I view my dead brother’s will if I’m not the executor?
2 Provisional liquidator appointed to Dublin engineering firm
3 Travel costs for IDA chief topped €45,137 last year
4 Investors pile into Irish property as turnover in build-to-rent sector reaches €2.54bn
5 Facebook faces $9 billion tax trial in US over Irish offshore deal
Real news has value SUBSCRIBE