The humans behind the technology

Cantillon: An unnerving sense of intrusion in the privacy of your own home 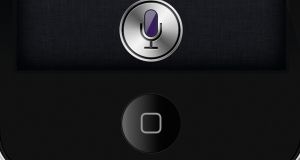 Machines don’t just learn by themselves. Thousands of humans are feeding them with information in an effort to give them the intelligence. Photograph: PC Plus Magazine/Future via Getty

Big brother is listening. If you’ve learned nothing about the world of big tech over the past few years, from Wikileaks to the Huawei claims, it’s that you should never blindly trust technology.

Earlier this year, it was confirmed that Apple’s voice assistant, Siri, has the power to record private conversations and that some of these are checked by contractors to the tech giant as a means of quality control.

According to reports in the Guardian in June, based on claims from a whistleblower, Siri’s active microphone can be triggered in error, with the contractors overhearing private conversations including drug deals, business meetings, sexual encounters and private medical appointments.

The fact that Siri listens to you is hardly shocking: the whole idea is that it is on standby, ready to be triggered into action by a verbal request. It’s the same with Google’s Assistant, Amazon’s Alexa and the rest.

Nor is the fact that they can be accidently called into action. Many owners of the home devices have been spooked by the eerie query of a voice assistant when they’re alone and haven’t asked for anything.

What does seem to surprise many still is that, behind the seemingly high-tech world of artificial intelligence, is a large number of very human contractors. These folk are charged with improving accuracy, but you can’t shake off the unnerving sense of intrusion. It’s a bit like when you trawl the web; it’s not a private act. There are many parties who can follow your activities. It’s just that, while we may be careful about what we do online, we are undoubtedly expecting a far greater degree of privacy behind our front doors.

Voice control is hailed as the latest window to a world of computing that will change our lives, heralding the age of artificial intelligence (AI). But it also has a darker side, and you don’t need to be of a cynical mind to figure out where things can go.

Nor should we ignore the human efforts involved in driving and perfecting these systems. The job losses in Cork are merely a reminder of the human element in all this. A feature in Thursday’s Innovation section reports on the dull, often badly paid and disturbing work involved in feeding the machines with the data points ultimately meant to improve the accuracy of AI.

Machines don’t just learn by themselves. Thousands of humans are feeding them with information in an effort to give them the intelligence. Unwittingly, many members of the public are party to this act as well.