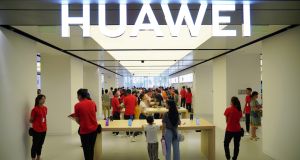 Huawei has in recent months transferred many of its mobile software services to an Irish subsidiary called Aspiegel Limited.

Some industry insiders suggest the decision, which sees the Irish unit taking over responsibility for European users’ personal data, is an attempt by the company to show it has nothing to hide when it comes to security concerns.

Huawei mobile services, known as Huawei ID in some markets, allow users to access the company’s specially designed smartphone apps and to store personal information, including payment details, in the cloud.

The services were transferred to the Dublin-headquartered subsidiary from the group’s Shenzhen headquarters at the end of April, with the unit given responsibility for the business operations and development for all the group’s mobile service outside of mainland China, and with a particular focus on Europe, one of its most important markets.

The moves follows a recent crackdown on the company in the US and several other markets over security concerns.

Details around the decision to transfer the services to Dublin were disclosed during a media briefing for Irish journalists led by Huawei’s rotating chairman Guo Ping at the telecoms equipment and smartphone maker’s headquarters in Shenzhen, southern China.

“The reason Huawei has based its cloud service centre for Europe in Ireland is because we have sold hundreds of millions of smartphones in Europe, and we need to offer after-sales services and platform upgrade services to our consumers,” said Mr Guo.

“When we provide these services, we strictly comply with GDPR. We also have a very close and transparent relationship with Irish regulators regarding all of our operations, he added.

Huawei, which this week announced it is to invest €70 million in research and development activities in the Republic of Ireland over the next three years, has consistently denied allegations by the US government that its technology solutions can be used to spy on other countries or companies.

During his briefing with Irish journalists, Mr Guo again reiterated this position. “The attack from the US, a global superpower, is unethical and groundless,” he said.

“As the only superpower in the world, the US has mobilised resources across the country to crack down on our company. We are certainly feeling the pressure and pain from that. However, Huawei is doing everything it can to survive and thrive,” Mr Guo added.

The senior executive said he believed that, after Brexit, “Ireland will become a very important option for Chinese companies looking to build their European presence”. The State was also well positioned to benefit from 5G and artificial intelligence (AI), he added, and said Huawei “will step up its investments in Ireland”.

Mr Guo admitted the company had been a little slow in responding to cybersecurity concerns when they were initially raised.

“Frankly speaking, we didn’t expect to experience so many difficulties. We thought we would achieve business success if we made solid investments in technology and worked hard to serve our customers to the best of our ability. Therefore, we didn’t really make any big efforts to engage with the media to make sure people understood who we are,” he said.