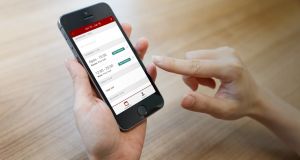 Bizimply has developed a workforce management platform which is predominantly used by companies in the hospitality, retail and healthcare sectors. 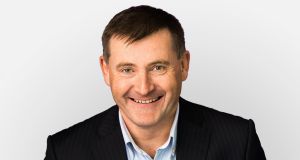 Mr Shaw, who succeeds company co-founder Gerard Forde, also previously held a number of leading roles at SAP and Oracle, and founded his own company 3rdSpace.

“Conor is a business leader and expert in B2B technology sales, marketing, process and innovation. He has an exceptional track record of transformational roles in the technology sector and market disruptors on an international stage,” said Mr Forde.

“He brings the perspective and skills we need as we embark on the next phase of our accelerated growth and development in our key markets. We are delighted that he has chosen to lead Bizimply on this journey,” he added.

Bizimply, which was founded by Mr Forde, Mikey Cannon and Norman Hewson in 2013, has developed a workforce management platform which is predominantly used by companies in the hospitality, retail and healthcare sectors. U2 frontman Bono, Jerry Kennelly and Ray Nolan are among Bizimply’s backers.

“This is an exciting time for the company and I am looking forward to working with the team to achieve far-reaching successes,” said Mr Shaw on his appointment.

In addition, Mr Blake founded and led HQ, a provider of technology soltuions to the construction and residential sector.