Squarespace set to expand in Ireland as it opens new office 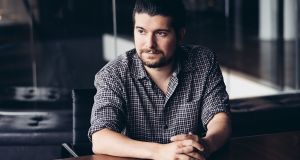 Website builder Squarespace, which currently employs 115 people in Dublin, has plans to take on up to 185 additional employees in Ireland in the coming years, the company has said.

Founder and chief executive Anthony Casalena, who established the company in 2003, said Squarespace was in “fast expansion mode” while on a visit to Ireland to mark the official opening of the firm’s new offices in Ship Street, behind Dublin Castle.

Squarespace, whose rivals include WordPress, is a Software-as-a-Service (SaaS)-based content management system that includes a website builder, blogging platform, and hosting service. The publishing tool is predominantly used by small businesses, entrepreneurs, creatives and individuals.

Mr Casalena founded the company in a college dorm room in 2003 after borrowing $30,000 from his father. Squarespace raised $38.5 million from Index Ventures and Accel Partners in 2010, and a further $40 million in 2014 in a Series B founding round led by General Atlantic.

The web publisher, which employs 620 people worldwide, first established operations in Dublin in 2013 and has relocated a number of times since due to expansion. It also has office in Portland, Oregon and New York, where it is headquartered.

“We’ve got over one million paying customers and have grown nicely over the last couple of years and are still very much in expansion mode,” Mr Casalena told The Irish Times.

“Historically, we’ve been a lot about presence but we’re looking beyond that at doing more to help clients, such as analytics,” he added.

Almost a third of the company’s customers are now from outside the US, with most based in English-speaking countries. However, it is looking to move into other markets.

“We’re still at the early stages of internationalisation. It is a huge undertaking for us progressing outside of English-speaking territories but we’re really investing a lot in it,” said Mr Casalena.

Most of the company’s Dublin-based employees are working in support in areas such as customer services, HR, facilities and training.

Mr Casalena described the company’s experience of being in Ireland as “very positive”, adding that he expected more jobs to be created here.

“We have space for about 300 people here so we’ve a lot of room to grow in Ireland and we’re very optimistic. We’ve started doing more technical work here like site reliability engineering and obviously there’s a strong ecosystem locally that we can tap into,” he said.