Square launches in UK as it pushes for growth 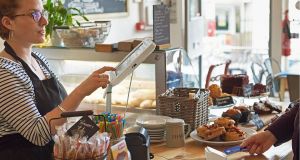 Square is rolling out mobile payment services in the UK, marking its biggest global expansion in a push to boost growth while the US market nears saturation.

Though Square has already planted a flag in Canada, Japan and Australia, the UK represents its best opportunity to sign on new merchants and increase sales volume. The world’s fifth-largest economy has a high concentration of small and medium-sized businesses that are Square’s target customers.

The UK has “always been an example of entrepreneurship and small businesses, not just in London but all over country”, chief executive Jack Dorsey said. “That’s the same pattern we saw in the US. We also now have hardware that’s global so it allows us to move much faster” into foreign markets.

Mr Dorsey has a lot on the line in the UK as investors have raised concerns about Square’s profit prospects and long-term growth. While Square made its start selling white, square credit card-readers that plug into iPhones or iPads, allowing food truck vendors and other small merchants to process transactions out in the field, it now faces similar offerings from the likes of PayPal. In the UK, Square will compete with incumbent players, such as Ingenico Group and iZettle.

“The UK market is crucial. For a company of this size and who positions themselves as a global brand, they have to do more than they have so far,” said Alexander Veytsman, an analyst at Monness Crespi Hardt and Co. “The UK is a logical place to start, despite Brexit, then you gradually launch in other European countries.”

For now, less than 5 per cent of Square’s sales are international. Square could potentially double its merchant base with an expansion into the UK, Veytsman said. But it will need to sign on at least 10 merchants that are household names to build brand presence in the country, he said. In the US, Square’s former deal with Starbucks left it with big losses, but the partnership was a key marketing tool for the company in its early days.

In the UK, some 70 per cent of shoppers prefer to pay by card, but fewer than half of the country’s small and medium-sized business accept payment by that method, according to Square.

“The challenge is making sure people see Square as a fast and affordable way to accept credit cards,” Dorsey said. “It’s getting awareness out there” and promoting “what sets us apart from everyone else”.

Square has been preparing for its launch in the UK, a country with significant regulatory hurdles for payments processors, by testing its services there for the past several months with dozens of sellers. It also appointed a local person to its board: Lord Paul Deighton is a former Goldman Sachs banker who served as the UK’s commercial secretary to the Treasury and led the UK’s Banking Reform Act.

Though the company still generates the majority of revenue from payments processing, Square has expanded into other businesses including loans, food delivery, and software services that let customers manage inventory and analyse sales. The company is betting that its all-in-one offering will take market share away from competitors and attract merchants who don’t want to stitch together hardware, software and payments services from many different vendors.