Details were always unclear, but incubator Area 120 appears to be its new incarnation 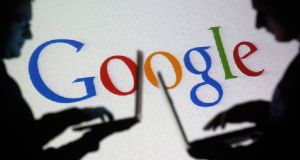 A spokesperson for Area 120 told The Irish Times: “We aren’t conducting interviews at the moment, but can reach out again when the time is right.” Photograph: Dado Ruvic/Reuters

Author Mark Twain once said that reports of his death had been greatly exaggerated and this seems to be the case with Google’s famous “20 per cent time” policy for its employees. It is said to allow Googlers to devote one day a week to side projects, several of which turned into successful products including Google News, Gmail and AdSense.

“Twenty per cent time” has been hotly debated over the years; some say it was retired several years ago, others say it did not even exist to begin with, while the truth seems to be that whatever it once was, it has now been reborn as the mysterious Area 120, an incubator or internal innovation centre within Google.

This incubator most definitely exists but there is no official web presence and scant information to be found; despite Area 120 releasing a new product in the form of an iOS video sharing app last month, Google doesn’t want to talk about it. Perhaps it is no mistake that the name reminds one of Area 51. For now, the search engine giant is remaining tight-lipped about activities within the incubator. A spokesperson for Area 120 told The Irish Times: “We aren’t conducting interviews at the moment, but can reach out again when the time is right.”

The last time Google talked about Area 120 was the first time it had ever officially been mentioned: in May 2016 chief executive Sundar Pichai confirmed Area 120 as a “corporate incubator” and successor to the 20 per cent time policy. Pichai told Forbes that it is designed to give Googlers a chance at 20 per cent time but in a more formal setting.

“We’ve always had a strong interest from within Google for people to go work on new things and have developed many of our products internally that way. At our scale, we want to make sure that there is a thoughtful way by which you give an avenue for those projects to be ambitious,” he told Forbes last May.

The name itself is a nod to 20 per cent time but perhaps “120” is more telling. Marissa Mayer, Google employee number 20 and former VP of Google Product Search has previously commented that 20 per cent time was a myth, adding that any side projects were worked on by Googlers in addition to their official roles; the option of taking a day per week to work on pet projects did not exist.

“It’s funny. People have been asking me since I got here, ‘When is Yahoo going to have 20 per cent time?’ I’ve got to tell you the dirty little secret of Google’s 20 per cent time. It’s really 120 per cent time,” the now Yahoo CEO has said in the past.

This seems at odds with Google founders Larry Page and Sergey Brin’s original take on 20 per cent time. Back in 2004, they issued a Founders’ IPO letter to prospective investors, in which they endorsed Googler’s taking time to innovate.

“We encourage our employees, in addition to their regular projects, to spend 20 per cent of their time working on what they think will most benefit Google. This empowers them to be more creative and innovative. Many of our significant advances have happened in this manner.”

The pressing question, however, is not what 20 per cent once was but what it has evolved into: what is happening inside this more formal internal innovation centre? Is Area 120 Google’s new 20 per cent time or has it loftier ambitions? The truth may lie in its recent hires.

Last year, Google hired Chris Poole, founder of 4chan, the controversial imageboard website that is home to most of the internet’s memes including lolcats and Rickrolling. The 27-year old is said to be working under Bradley Horowitz, vice-president of streams, photos and sharing at Google, who last year tweeted that he himself will be “helping out” on Area 120. Horowitz is joined by another Google executive Don Harrison who is vice president of corporate development, managing both Google for Entrepreneurs and the Area 120 incubator.

Horowitz has previously worked on the unpopular Google+ social network, hinting that this may be the direction of some projects within Area 120. Certainly, one of the first products to emerge falls within his wheelhouse: Uptime is a video-sharing app that allows users to watch YouTube videos simultaneously with their friends. The focus is on chatting and sharing Snapchat-esque stickers with a look and feel that is distinctly millennial (retro GIFs, bright, splashy colours). Uptime could be a fun app or Google’s second attempt at a new social network.

The first of three current products to come out of Area 120 is similar in terms of target audience. Supersonic is a messaging app with a tagline that literally says it is a “fun voice messenger”. At the risk of invoking Snapchat yet again, Supersonic is also designed to send messages that disappear once listened to with the option of automatically creating a text version based on the voice message and with a generous sprinkling of emojis. The innovative part is that, based on the content of your voice message, related emojis are generated.

The Supersonic app website declares: “Supersonic is what the telephone would be, if it was invented today.” Some users may beg to differ with a solitary review on the App Store complaining about how the app crashes, adding: “Support team doesn’t respond either. Embarrassing that this is harboured by Google.”

If we put this down to teething problems, it leaves the second product to emerge, which is even more focused on a younger market, falling squarely within lifestyle. Tailor is a personal digital stylist and shopping assistant in the form of an iPhone app. The user signs up and is connected to a network of professional stylists who can help create a signature look by quizzing you on preferred styles and answering questions on proper attire for different occasions.

Tailor seems like an unusual choice for an incubator whose predecessor spawned Gmail, AdSense, Google News and the soon-to-be-retired Google Talk but Area 120 is likely to have a more serious side: its co-founder and product manager is Paul Cole whose previous role at Google was on the SMB/enterprise side while working on a product incubation team in Google For Work.

Another project co-founder is Dan Massey, formerly a manager for Google’s Customer Support Tools Team while former product manager for Google Inbox and the first Product Manager for Google Now, Gabor Cselle, was brought onboard the incubator as an operating partner. Area 120 even has Googlers coming over from its “moonshot factory” Google X where employees work on self-driving cars, solar energy kites and other futuristic technologies: Bradley Taylor is an Entrepreneur at Area 120, originally working as one of Google X’s senior staff software engineer.

With scant details on what this internal innovation centre hopes to achieve in the future, it is difficult to predict whether it is the future home of disruptive web services following in the footsteps of Gmail and AdSense or if it will produce a slew of unoriginal social apps to entertain teens. Perhaps, in the entrepreneurial spirit of failing and failing better outside the confines of Google’s official product development process, it will have a chance to be a mixture of all these.