Uber to shut down its business in Denmark 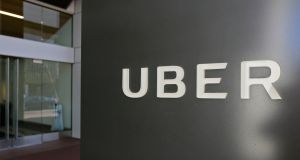 Exiting the Danish market, Uber said, is “a message to politicians that we must draw consequences from the law that is on the table”.

Uber is closing its business in Denmark after the government tightened regulations and the ride-hailing app suffered a big legal defeat.

Uber will drive its last customers in the Scandinavian country on April 18th, according to a press briefing from the US company.

“It is not necessarily a farewell to Denmark, but a message to politicians that we must draw consequences from the law that is on the table, and that we can’t live with it as it appears now,” an Uber spokesman told the briefing.

The new law requires all taxis – which the ride-hailing app would be classified as – to have expensive seat sensors, video surveillance and taxi meters.

Uber says it has 2,000 drivers and 300,000 users in Denmark but has faced growing regulatory problems there, as well as in many European countries. Danish courts have ruled that Uber is an illegal taxi service, rather than a ride-sharing app.

Uber has also encountered significant difficulties in Germany, France and several other countries.

1 Owner of Dundrum Town Centre to sell prized assets
2 Can a first-time buyer get relief on a buy-to-let home?
3 Pilita Clark: Working from home is starting to pall
4 Over half of Ireland’s businesses in decline following Covid-19 lockdowns
5 Government’s emphasis on social housing will not solve crisis
Real news has value SUBSCRIBE