Soldo to ramp up Irish operations after $61m fundraise 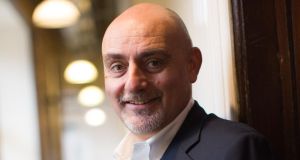 Soldo, a London-based fintech start-up that secured an e-money licence from the Central Bank earlier this year, is to significantly ramp up operations in the Republic after raising $61 million (€54.4 million).

The fintech, which recently relocated its holding company to Dublin, intends to triple its workforce locally as it steps up plans to service its 50,000 business users from here due to Brexit.

Soldo, which currently employs 10 people in the Republic, is busy migrating the accounts of its European customers to Dublin following the awarding of the e-money licence in March. It expects to increase headcount to at least 30 people with key positions including the heads of IT and accounting to be based here.

“We are looking at significant investment in organisational growth,” co-founder and chief executive Carlo Gualandri told The Irish Times.

“All the growth we planned in Europe, instead of being served as originally planned by the UK, will now be served by Ireland. By the end of the year, more than 50 per cent of our business will be led from Dublin and that will increase as we expand,” he said.

Having begun to offer its services to Irish business last month, Soldo intends to have dedicated sales staff on the ground shortly, Mr Gualandri said.

Soldo on Monday closed a $61 million series B funding round led by Battery Ventures and Dawn Capital. It intends to use the financing to aggressively grow market share across Europe.

It aims to double its overall workforce this year to 100 people before doubling it again in 2020 to 200 people to service the expected increased demand.

Soldo has developed a software platform that enables businesses to manage company-wide spending from one easy-to-manage account.

In March, it became only the fourth company, along with Facebook, Stripe and Prepaid Financial Services, to obtain an e-money licence allowing it to issue payments in Ireland across the European Union under passporting rights.

Soldo has raised about €82 million to date with other backers including Accel, InReach Ventures and Connect Ventures.

The company, which does not disclose revenue, reported 500 per cent growth last year but Mr Gualandri said Soldo had “barely scratched the surface of the opportunity ahead of us”.

The fintech estimates there is a potential reach of 20 million businesses for its services across Europe.

Speaking at the time Soldo was awarded the e-money licence, he expressed annoyance at having to replicate much of what the company had already done because of Brexit.

“It’s crazy to think we’ve been forced to work for a year and a half on a hugely complex project, mostly duplicating something that we had already, to prepare our business for something that may or may not happen,” he said in March.

However, Mr Gualandri said the process had paid dividends, leading Soldo to shift its holding company here because “it offers a more stable environment”.

“We had absolutely zero problems in moving the company to Ireland because our backers see it as a good jurisdiction to be in,” he said.

1 Who are Ireland’s 17 billionaires?
2 My father in a nursing home wants to gift me his house
3 Are there annual limits on inheritances or gifts to a child?
4 Countries that fail to attract immigrants will lose out – Microsoft chief
5 Apple’s secretive Cork facility opens up – to an extent
Real news has value SUBSCRIBE