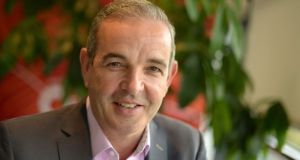 Announcing its results for 2018, chief executive Tommy Kelly said the group was aiming to double turnover over the next two years as it looks to seeks to hit income of $1 billion (€ 890 million).

The Irish company connects premium brands from Victoria’s Secret to Nike with consumers in more than 200 countries. The group claims to make it easier for retailers to sell across borders, where they deal with varying currency, tax and localisation issues.

The Swords-based company employs more than 300 people, with plans for another 150 roles over the next two years.

Earnings before interest, tax, depreciation and amortisation (ebitda) fell by more than half in 2018, to €6.1 million from €13.5 million. This was due to a sharp rise in expenditure linked to the roll-out of a new technology platform, a doubling of the company’s Dublin headquarters and the opening of a new North American headquarters in New Jersey.

The group said it saw strong double-digit growth in each of its key regions last year with Europe growing more than 21 per cent, North America 25 per cent, and Asia by more than 100 per cent.

In terms of the split of turnover, Europe and North America accounted for almost 60 per cent and 36 per cent of sales respectively in 2018, with the balance evenly spread between Asia and rest of world, the company said.

“Having proven the effectiveness of our ecommerce platform to deliver fast and efficient cross-border growth for premium brands, our focus has now shifted to scalability, requiring significant investment in our platform, people and in-market presence,” said Mr Kelly.

“Over the coming two years we aim to double revenue, increase global headcount to over 450 and continue to enhance the range and scope of services to discerning and growth-focused premium brands,” he added.

Asendia, a joint venture with La Poste in France and Swiss Post, increased its stake in eShopWorld to 50 per cent from 40 per cent in late 2017.

1 My aunt never told us that Gran passed away with no will
2 Ryanair to slash 1,000 flights from August and September schedules
3 The $6bn judgment pitting Nigeria against Irish businessmen
4 If it’s safe to do so, could this be the time to spend for Ireland?
5 Netflix stock drops after downgrade by UBS analysts
Real news has value SUBSCRIBE