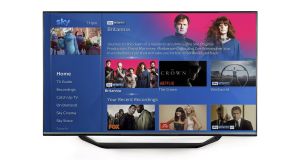 Sky and Netflix have agreed a deal that will see the streaming service bundled with Sky’s new subscription pack, allowing customers to access Netflix content directly through Sky Q.

The Netflix app will be integrated into Sky Q, but content will appear in the Sky Q menu as Sky’s own content currently does. The streaming service’s programming will also be available through search and voice search.

Those customers who are already members of the streaming service can add their account to the new Sky bundle when it launches in Ireland and the UK in the coming year, and in Germany, Austria and Italy after that. Netflix will also be available on Now TV streaming devices.

“By placing Sky and Netflix content side-by-side, along with programmes from the likes of HBO, Showtime, Fox and Disney, we are making the entertainment experience even easier and simpler for our customers,” said Sky chief executive Jeremy Darroch.

Sky has been expanding its offering in recent months, including bringing Spotify to the platform.

The company is currently the subject of a possible bidding war between Comcast and Rupert Murdoch’s 21st Century Fox. Fox agreed to buy the 61 per cent of Sky it did not already own in a cash deal in December 2016, but the takeover has been repeatedly held up by regulators over concerns the media tycoon wields too much influence in Britain.

Comcast has since proposed a $31 billion takeover of the firm.