Is Spotify’s IPO really worth the hype? 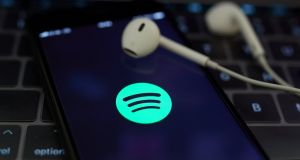 Investors have a lot of reasons to avoid Spotify Technology SA, owner of the world’s largest paid music service, when it lists shares on the New York Stock Exchange this year.

Operating losses at the company grew to €378 million in 2017, up from €235 million two years ago. The average user is paying just €5.24 a month for a subscription, a drop of more than 20 per cent from two years ago. And the only other major online music company to go public, Pandora Media, is struggling.

Yet there’s reason to believe Spotify shares will soar once they begin trading under the ticker symbol SPOT. The music-streaming company has all the hallmarks of another big-spending company with an all-you-can-eat subscription service: Netflix.

Spotify made no direct comparison to Netflix in a filing Wednesday announcing its plans to list on the New York Stock Exchange, but its pitch to investors rests on a similar thesis to the one driving Netflix shares, which are the best-performing on the S&P 500 this year. Spotify even has the same chief financial officer who took Netflix public - Barry McCarthy - and Netflix’s chief content officer Ted Sarandos sits on Spotify’s board.

The internet has changed the way people consume entertainment, creating an opening for new players to upend sclerotic businesses. Much as Netflix offered customers a cheaper, more convenient alternative to DVDs and pay TV, Spotify has given consumers a reason not to buy CDs from Walmart or songs from iTunes.

“Spotify has transformed the way people access and enjoy music,” the company said in the filing. “Today, millions of people around the world have access to over 35 million tracks through Spotify, whenever and wherever they want.”

The world is still in the early stages of the shift to online distribution of movies, TV and music, and the race is on to sign people up all over the world. Netflix, with almost 118 million subscribers worldwide, has allayed concerns about its slowing growth by reminding analysts there are more than 700 million broadband households. Spotify, with 71 million paying users, touts an even larger number in its filing: 1.6 billion payment-enabled smartphone owners expected by 2021.

Being the biggest comes at a cost. Netflix is burning through cash to acquire more programming, telling investors it’s to fund future growth. Spotify delivers more than 70 percent of its sales to music rights holders, despite efforts to improve profit margins.

Sarandos is where the comparisons between Netflix and Spotify get tricky. Netflix, which already forsook DVDs for online streaming, is in the midst of another great evolution. It is building its own studio to produce shows on its own.

Spotify says it has no interest in signing artists, or paying for artists to record. However, it has another plan to reduce its reliance on its main suppliers: by making them less relevant.

“The old model favoured certain gatekeepers. Artists had to be signed to a label,” chief executive Daniel Ek wrote in a letter included in the filing. “They needed access to a recording studio, and they had to be played on terrestrial radio to achieve success. Today, artists can produce and release their own music. Labels, studios, and radio still matter, but in a cluttered landscape, artists’ biggest challenge is navigating this complexity to get heard. We believe Spotify empowers them to break through.”