Sky customers to be hit with increases of up to €4 a month, Vodafone users by up to €10 a month 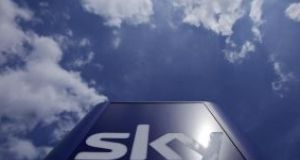 Sky Ireland: Cloudy with a chance of price hikes

Christmas is coming and so are the price increases. Just a day after Netflix began emailing customers to inform them of a rise in subscription costs, Sky and Vodafone have also confirmed plans to increase their prices.

Sky on Tuesday said it had started contacting customers, with average bills set to increase for some subscribers by between €2 and €4 a month from December 1st.

A spokeswoman for Sky stressed that the vast majority of its customer base would not see any increases, while “a small proportion” would see average bills rise by €3 a month.

Those affected by the price hikes are customers who are either on legacy products, or who had previously been benefiting from a special low price.

Sky said the increases bring all its customer bills into line with current pricing.

“Whenever we review our pricing we work hard to keep any rises to a minimum,” the spokeswoman said.

Sky said the price changes were largely to allow it to invest in its broadband and TV services and to continue to introduce new technology that enables customers to watch what they want, when they want. It added that any new promotions introduced from December would include the updated pricing.

Separately, Vodafone Ireland confirmed it is to increase prices for some of its voice and broadband legacy packages from December.

Among the plans affected are Simply Talk, which is rising from €30 a month to €40. Other affected plans include the company’s Simply Broadband service, which rises by €7 a month.

A spokesman said prices on affected plans would increase by an average of €4 a month.

“This price increase will impact a small number of customers, bringing them in line with our current pricing which continues to offer customers one of the most competitively-priced broadband and landline packages on the market,” the spokesman said.

Netflix this week began contacting customers about its plan to increase prices for some of its services by up to €2 a month from November.