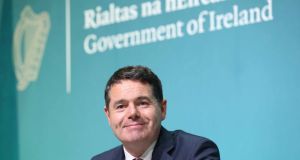 The State’s sovereign development fund has committed $100 million (€85 million) to a technology fund being raised by New York-based venture capital firm Insight Venture Partners, which may result in more than €250 million being invested in Irish companies.

The pledge by the Ireland Strategic Investment Fund (ISIF), the successor to the National Pension Reserve Fund, to Insight’s fund is aimed at filling an existing funding gap for established and growing Irish software businesses.

“This investment is a major step in developing Ireland as a world leader in the growth-stage software sector, with more Irish companies succeeding and more international businesses establishing operations here,” said Fergal McAleavey, head of private equity with ISIF.

Insight, which is reportedly seeking to raise as much as $5.5 billion for its latest fund, has a long-established track record of supporting Irish software entrepreneurs, acquiring a minority stake in car rental technology firm CarTrawler in 2014 as European private equity firm BC Partners took a majority interest in the business.

It has also invested in Fenergo, which specialises in technology enabling financial firms to meet regulatory compliance and date requirements when taking on new clients, and AMCS, the Limerick-based waste management software company, in recent years.

Insight’s portfolio companies collectively employ about 1,500 people in Ireland at present, including overseas-headquartered groups such as Twitter, Cyclane and SolarWinds.

Insight has to date attracted co-investment from other investors of more than €2 million for every €1 million it has invested in Irish companies. ISIF’s €2.8 billion of investment commitments to date has been matched by €5.3 billion of third parties.

Both track records would suggest that the €85 million being committed by ISIF to Insight’s new fund will deliver more than €250 million of investments in Irish software firms, according to sources.

Meanwhile, Minister for Finance Paschal Donohoe said in his budget speech earlier this month that €1.5 billion from ISIF’s estimated €8.5 billion total pot will be allocated for the establishment of the State’s planned rainy day fund, which will begin to receive €500 million annually from 2019.

This contingency fund is “vital in supporting policy responses to future economic downturns and shocks”, according to the Department of Finance.