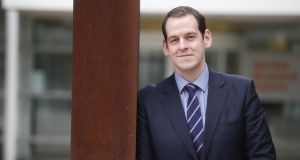 SilverCloud Health, an Irish technology firm that provides online therapy and wellness programmes, has raised $8.1 million (€7.57 million) in a Series A funding round led by a venture capital firm established by Facebook co-founder Eduardo Saverin.

A spin-out from a collaborative project between the National Digital Research Centre (NDRC), Mater University Hospital and Trinity College Dublin, SilverCloud was established following over 10 years of advanced clinical and academic research.

The company’s cloud-based platform enables healthcare organisations to deliver a broad range of evidence-based clinical content, programmes and support in the areas of mental health and chronic/long-term illness.

Officially established in 2012, SilverCloud has supported over 80,000 patients worldwide with its programmes, which are seen to deliver clinical results that are on a par with face-to-face therapy.

The company, which is led by founder and chief executive Ken Cahill, previously raised €1.5 million in funding in 2013. B Capital, a VC company founded by Mr Saverin and Raj Ganguly, led the latest investment round with participation from ACT Venture Capital and returning investors, Investec, the AIB Seed Capital Fund, which is managed by the Dublin Business Innovation Centre, NDRC and Enterprise Ireland.

Mr Cahill said the multiple-award winning firm intends to use the investment to accelerate delivery of its programmes in North America and Europe.

“Reinvestment in research is critical to our success. We’ve 15 major clinical trials running around the world currently and want to continue with validation and building out our health platform,” he told The Irish Times.

More than 120 healthcare organisations are using SilverCloud’s platform across six countries. Customers include insurers, universities, mental health-focused charities such as Aware, the UK Ministry of Defence and the National Health Service (NHS). Within the NHS alone, the company has grown from supporting 1 per cent of mental health services two years ago to over 40 per cent currently.

Mr Cahill said the firm is forecasting turnover of about €5 million in 2017, which should rise to €20 million over the next four to five years.

“We’ve been very fortunate in that we have been able to triple our revenue every year since we begun. This new investment will really help us accelerate things further in terms of delivery,” he said.

B Capital, which raised $143.6 Million early last year, was set up in 2015. It says it “backs brash entrepreneurs building the next generation of groundbreaking technology companies.”

“Our investment in SilverCloud Health is driven by our confidence in its team, its proven track record working with global health organisations and its esteemed partner network,” said Mr Saverin, who previously collaborated with Mark Zuckerberg to establish Facebook in 2004, before being unceremoniously ousted from the company.

“This new capital will enable SilverCloud to continue to innovate, expand and broadly deploy its programmes to the millions of individuals who need them,” Mr Saverin added.

1 Fianna Fáil may have just pressed the pause button on the property market
2 Who are Ireland’s 17 billionaires?
3 Are there annual limits on inheritances or gifts to a child?
4 My father in a nursing home wants to gift me his house
5 O’Flynn company ‘mistakenly’ got go-ahead for Birmingham project
Real news has value SUBSCRIBE