Apple to increase price of apps in UK after sterling decline 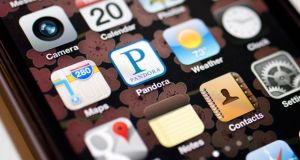 The new prices on Apple apps are expected to take effect within the next week.

Apple will raise the price of apps in the UK by up to 25 per cent following the fall in value of the pound.

The US tech giant has issued new pricing guidance to developers using its App Store. The lowest priced app or in-app purchase costing 79p (89 cent) will increase to 99p.

In a letter reportedly sent to developers and seen by Apple news site 9to5Mac, Apple said it is tweaking its tier pricing system, which also means the £7.99 in-app purchase to unlock the full version of popular game Super Mario Run will rise to £9.99.

The new prices are expected to take effect within the next week.

An Apple spokesman said: “Price tiers on the App Store are set internationally on the basis of several factors, including currency exchange rates, business practices, taxes and the cost of doing business. These factors vary from region to region and over time.”

Since the vote to leave the European Union last June, the value of the pound has fallen from more than $1.45 to $1.21.

Apple’s App Store serves users of the iPhone and iPad. Its sales in 2016 rose to more than $23 billion.

The technology giant has already increased prices for the iPhone and Mac computers after the Brexit vote. Prices in India and Turkey are also expected to rise.

Other technology firms, including HTC, Microsoft and Tesla, have also announced UK price rises for some products in response to the fall in value of the pound.

1 Election 2020: Parties' pledges on housing simply don’t add up
2 Britain after Brexit will not be alone, but it will be lonelier
3 Pensions: Estonia plans to unleash a potential €4.85bn on economy
4 Getting out from under ‘never-ending’ Celtic Tiger debt burden
5 Boeing posts first annual loss since 1997 as Max costs skyrocket
Real news has value SUBSCRIBE