Tech Tools: One of this smart device’s self-defences is a ‘fight mode’ that alarms as bike is being stolen 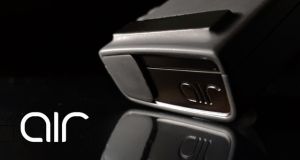 Belfast-based See Sense knows a bit about smart bike lights. The company has a few successful products under its belt and has returned to crowd funding for the latest: See Sense Air. This isn’t a bike light; it’s a smart tracker that knows when it’s being stolen and will let you know exactly where it is. The sleek device can be fitted to your bike and using its built-in sensors, will know when you are close or not, and switches into its defence modes based on that information. One of those self-defences is “fight mode”, which will let you – and the surrounding people – know the bike is being stolen as soon as it is moved via an audible alarm. You get an SMS alert too, so you know what is happening. It will also detect if you have been in a crash, so your emergency contacts can be notified.

1 Money matters: ‘My father embarrassed us with his haggling’
2 Opioid executive admits to ‘no morals’ ahead of prison term
3 Pilita Clark: When a rude boss keeps you waiting, why not walk out?
4 Comcast acquires Irish cloud-based telco Blueface
5 US threatens retaliation against EU over proposed carbon tax
Real news has value SUBSCRIBE