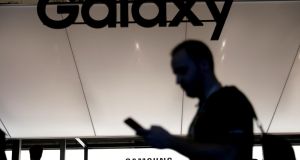 This is not the first time Samsung’s flagship mobile devices have been caught up in a significant technological problem.

Samsung Electronics said it will issue a software update early next week to address a major security vulnerability that’s emerged on the company’s flagship Galaxy smartphones, the latest technological mishap for the world’s largest smartphone maker.

Consumers noticed in recent days that Samsung’s in-screen ultrasonic fingerprint scanner – used to unlock the company’s latest Galaxy S10 and Note 10 models, as well as to authenticate payments on those devices – can be fooled with unregistered fingerprints and a third-party silicone screen protector.

After an initial report in the British tabloid The Sun, concern mounted about the potential scale of this security breach, which could make Galaxy users’ personal data and mobile wallets vulnerable to abuse. In a statement,

Samsung advises that all users should remove any silicone screen protectors from their devices, delete and re-enroll their fingerprints and wait for the software update to arrive.

When it was introduced as a major feature on the Galaxy S10, the ultrasonic fingerprint scanner technology was described by Samsung as “invisible yet vault-like security.”

By partnering with Qualcomm, Samsung provides the biometric security using sound waves to read the valleys and ridges of a finger’s surface.

This is not the first time that Samsung’s flagship mobile devices have been caught up in a significant technological problem.

In 2016, the Galaxy Note 7 turned out to be susceptible to catching fire spontaneously and even exploding in extreme cases, costing Samsung $5 billion (€4.5 billion) in recall costs, consumer compensation and class-action lawsuits worldwide.

More recently, in another screen problem, Galaxy Fold review models had a protective sheet that appeared like a screen protector and was mistakenly removed by testers, creating another headache for the company and forcing it to redesign the device. – Bloomberg

1 Columbia Sportswear defies gloom with first Irish standalone shop
2 Why are markets booming when a crash is on the way?
3 Albion profits fall
4 Quinn to share €450m takeover proceeds with children
5 Children shut out of stepmother’s estate as she left no will
Real news has value SUBSCRIBE