Evervault locks in €3m in funding for secure data processing 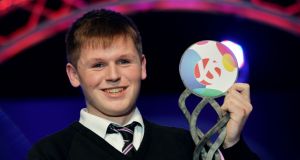 Evervault has its origins in a BT Young Scientist & Technology Exhibition project, Qcrypt, which involved research in cryptography and data privacy and won Shane Curran the overall top prize in the 2017 competition

The company, which was founded by 19-year-old Dubliner Shane Curran, is building a cloud-based secure processing product and aims to take privacy away from compliance and turn it into product.

Evervault hosts a network of hardware-secured data processing enclaves, which means developers can easily deploy their applications in privacy cages, without changing the way they build their software.

“Every other company in the security and privacy space are going after individual components of the application, just fixing small pieces by just retrofitting a piece onto it. We’re going to the root layer of where data is processed, to basically baking everything into a privacy cage where you can run secure processing and data without you ever having to store or manage that data,” Mr Curran explained.

“When the data is taken in through a web or mobile app or whatever, we store it in hardware security enclaves, and all the processing happens there. So they don’t have to rebuild their infrastructure, they just basically isolate the components that process sensitive data in some form, and deploy to our infrastructure in a couple of minutes. Then we handle all the secure processing.”

The company will use the money to grow its engineering team in Dublin.

The backing of Sequoia “is a great sign of approval,” said Mr Curran. “It’s a nice start. But I think a lot of people get a little bit deluded by the whole funding thing where it’s perceived as an end goal. The reality is, it’s just a tool to begin work.”

Evervault is currently recruiting. “There’s three of us right now, so very lean. The money will allow us to grow that team a bit , get the initial product into the market and get people using it,” Mr Curran said. “We’re looking for kind of the best people in the world, really, a lot of those are based here in Dublin.”

Although the company doesn’t have a target in mind for the size of its team – Mr Curran said they are taking it one hire at a time – he expects to have a team of around 15 in the next year.

Evervault has its origins in a BT Young Scientist & Technology Exhibition project, Qcrypt, which involved research in cryptography and data privacy and won Mr Curran top prize in the 2017 competition. He also founded Libramatic in 2012. Last year, he was named on the Forbes 30 Under 30 list.