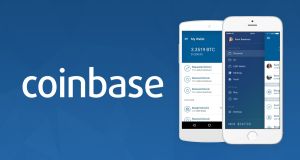 Coinbase, a digital currency exchange whose backers include Spanish bank BBVA and the New York Stock Exchange, is to expand operations here after securing an e-money licence from the Central Bank.

The company is one of a small handful of businesses that also include Facebook and Stripe which have obtained the licence to provide services for users across Europe regardless of the outcome of Brexit negotiations.

Founded in San Francisco in 2012, Coinbase allows users to buy and sell cryptocurrencies such as bitcoin, etherum and litecoin. The company has more than 30 million users, while over $150 billion (€136bn) has been traded on its platform.

Having established its European headquarters in London just over two years ago, it also set up an office in Dublin last year largely as a hedge against Brexit.

“Europe represents a huge opportunity for Coinbase, and today’s announcement is another positive step for us in the region. The approval from the Central Bank of Ireland will now enable us to expand our Irish operation and deliver a better product to customers across some of our fastest growing markets. It will also allow us to secure passporting for our customers across the EU and the European Economic Area,” the company said in a blogpost.

Zeeshan Feroz, UK chief executive of Coinbase, said it now employs more than 40 people in the Republic, and while he would not be drawn on exactly how many additional roles may be created after obtaining the new licence, he did say headcount would continue to grow locally.

“The intent was always to provide a base for us in the EU beyond Brexit, but it has also given us access to talented resources and to the licence we’ve just received,” said Mr Feroz.

“The functions we’ve got on the ground in Dublin include compliance, finance, support operations and more. There’s a whole bunch of things we’ve placed in Dublin to operate as a service centre for Europe and other markets, and as we continue to grow Ireland is positioned very well to hire more people.”

One of the most popular cryptocurrency exchanges globally, Coinbase was last year valued at $8 billion after a $300 million Series E round in October. Overall it has raised more than $525 million in funding, with backers including heavyweight tech-focused venture capital firms such as Greylock Partners, Battery Ventures, Andreessen Horowitz and Ribbit Capital.

The company has been at the forefront of trying to make digital currency more acceptable to consumers. It recently launched Coinbase Card, a Visa debit card that lets people spend cryptocurrencies to buy everyday items such as cups of coffee.

Last year it also teamed up with Barclays in what was the first partnership between a British bank and a cryptocurrency exchange in a move that also saw the platform being granted a licence from the UK’s Financial Conduct Authority.