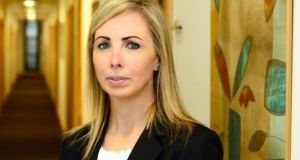 For a Government obsessed with the optics it is surprising how often this current administration does things that leave it wide open to criticism.

Its latest smart move? Providing the Data Protection Commission with significantly less funding than it needs at a time when it is struggling to cope with the extra work it got landed with following the introduction of GDPR last year.

Not only does this put the Government potentially at risk by leaving the commission without proper resources, but it also comes across as somewhat petty.

The commission received an additional €1.6 million in Budget 2020, bringing its total funding allocation to €16.9 million. This represents an 11 per cent increase on its allocation for this year. However, in its recent pre-budget submission it had sought a total of €5.9 million to bring its annual budget to €21.1 million.

The decision to reject the commission’s funding request comes just months after it went into battle with with the Department of Social Protection over the public services card, which culminated in it ruling that it was unlawful for the State to keep data on more than three million people who have such a card.

That it looks bad is one thing. But could the Government’s decision to withhold funding also be against the law? Data protection consultant Daragh O’Brien of Irish company Castlebridge Associates certainly thinks so. He has filed a complaint to the European Commission, suggesting the State has probably breached its obligations under GDPR, the Law Enforcement Directive and the EU Charter of Fundamental Rights.

“Providing just 27 per cent of the requested increase cannot, to my mind, be reconciled with the obligation on the State to ensure that the necessary resources are provided for the effective performance of the tasks of the [commission],” said Mr O’Brien.

The Department of Public Expenditure and Reform said “the unique circumstances around this budget inevitably meant that the demands from departments and agencies could not be fully met”.

It also sought to shift the blame away from itself by adding: “Precise allocations within the overall Justice budget – once a total 2020 budget is settled on – become mainly a matter for the Department of Justice and Equality. ”

Whoever is responsible and for whatever reason, failing to properly fund an organisation charged with keeping tech giants such as Google and Facebook in tow would seem to be at the very least short-sighted.