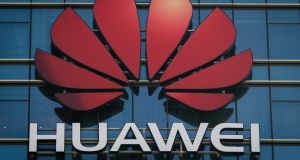 The US has been pushing European allies to block Huawei from telecom networks amid a wider dispute over trade.

Poland has arrested a Huawei Technologies employee and a former Polish security agent and accused them of spying for China, adding to growing international scrutiny into the giant telecoms company.

The other detained person is a former high-rank official at Poland’s internal security agency who worked at mobile phone operator Orange Polska SA. They will remain in custody for three months.

The Chinese technology giant is facing increasing pressure across the European Union amid growing concerns that Beijing could use Huawei’s gear for spying – something the company has always denied.

The US has been pushing European allies to block Huawei from telecom networks amid a wider dispute over trade between the world’s two biggest economies.

“The materials collected by the Internal Security Agency show that both men conducted espionage activities against Poland,” Stanislaw Zaryn, a spokesman for Poland’s secret services chief, said in a statement. “This case is far from closed,” he told TVPInfo.

China is highly concerned over the issue, the Ministry of Foreign Affairs’ press office said in a faxed response to questions. “We are asking the related country to deal with the case fairly based on laws” and protect the legitimate rights of the people, it said.

A Huawei representative said the company was looking into the matter and declined to comment further. The company said it abides by applicable laws wherever it operates and expects employees to do the same.

The accusations adds a new front for Huawei, as it battles allegations that its chief financial officer Meng Wanzhou conspired to defraud banks to unwittingly clear transactions linked to Iran, in violation of US sanctions.

Meng was released on bail four weeks ago and is living under restrictions in her million-dollar Vancouver home.

Poland’s neighbour Germany has said it is considering restricting Huawei’s role in its future telecom infrastructure. Western governments are worried that Huawei’s systems could be used by Chinese intelligence.

Australia and New Zealand banned Huawei equipment from the planned 5G networks of carriers in the countries, and the head of British spy agency MI6 said last month the government needs to decide whether to ban the company.

TVPInfo named the two accused as Weijing W and Piotr D, in line with Polish law which prohibits the publications of full names of those detained. The country’s security services searched the offices of Huawei as well as Orange Polska, public television said. If convicted, they face up to 10 years in jail, Zaryn said.

Officers of Poland’s counterintelligence agency also searched the local Huawei office as well as the homes of both suspects. The Chinese national is a former employee of the country’s consulate in the Baltic Sea port of Gdansk, according to TVPInfo.

Huawei has been growing its business in Poland. Last year it held talks with Poland’s government about setting up a science-and-technology center near Warsaw, and is working local units of French mobile operator Orange SA and Germany’s Deutsche Telekom AG to set up fifth-generation, or 5G, wireless networks.

The company’s sales in the country surged 76 per cent year-on-year in the second quarter, according to a statement, while its products are advertised by the country’s biggest sports star, soccer player Robert Lewandowski.

Orange Polska’s French parent company said this week it would no longer work with the Chinese company in France. It’s not clear if the Polish unit is following suit.

Spokesman Wojciech Jabczynski declined to comment on Huawei cooperation but confirmed that the Warsaw-based company handed over an employee’s belongings to the authorities.

Huawei has previously said it does not pose a security threat and that it’s never been asked by any government to build backdoors or interrupt any networks. It has said it would “never tolerate such behaviour by any of our staff.” – Bloomberg