Rubrik: bringing data management to the next level 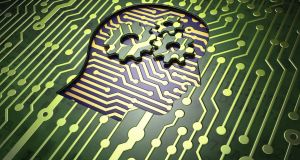 Plenty of entrepreneurs have become venture capitalists. But it is far less common to see someone go in the opposite direction. Bipul Sinha, who co-founded and leads Rubrik, a fast-growing enterprise data management company that recently announced 50 jobs in Cork, is one of the few.

Working as a VC guy, Sinha has been a founding investor in companies such as Hootsuite, Nutanix and Pulse, the latter of which was acquired by LinkedIn for $90 million five years ago. But while he was well able to spot success stories early on, could he actually create one himself?

It would seem the answer is yes. Valued at about $1.3 billion following a €180 million Series D funding round last year, Rubrik is growing at such a rate that even jaded Silicon Valley veterans have been taking notice.

The company, which employs over 1200 people globally and opened 10 offices last year, was founded in 2013, but operated in stealth mode for two years. In February this year it announced a global bookings run rate approaching $300 million, officially cementing it as one of the fastest-growing enterprise infrastructure software companies in history.

Rubrik provides data management services such as backup, compliance and recovery primarily to companies with data stored across multiple environments. Customers of the firm include the US Department of Defense, Jones Lang LaSalle and Willis Towers Watson.

Sinha, who was brought up in northeastern India but later emigrated to the US, studied engineering initially before undertaking an MBA at the Wharton School in Philadelphia. From here he joined Oracle where he served as director of database and middleware products, before switching to Blumberg Capital where he led investments in data centre software infrastructure and Internet-focused companies.

The entrepreneur moved on to Lightspeed in 2014, a VC firm that has backed more than 300 companies including household names such as Snapchat, Doubleclick, Informatica, Nest and Gwyneth Paltrow’s lifestyle brand Goop. But while enjoying success as a venture capitalist, Sinha became convinced that he needed to see if he could build his own company from scratch.

“I felt that as someone who had a good understanding of technology and of business, and as someone who had been up close and personal to start-ups looking to scale, I was doing a disservice to myself if I didn’t take the plunge and set up my business,” he tells The Irish Times on a recent visit to Ireland.

“I had enjoyed a lot of success but I was still only in my late 30s at this point and felt I was too young to just spend the next 20 years or so working as VC guy, so I set up Rubrik,” he adds.

“There are a number of gorillas present,” is how he refers to incumbents such as Dell EMC and Oracle. “But these gorillas are all sitting on very old technology and this means they aren’t very agile.

“I had an inkling this market had not been disrupted in up to 15 years, and when you see a $30 billion to $40 billion market that hadn’t seen any real innovation in a long time, it is a real opportunity,” he adds.

Sinha put together an impressive founding team for Rubrik, which included top engineers from the likes of Google and Oracle.

“We feel we are very well positioned in what is a very large and growing market. There is a need for companies in the current age to rethink how they manage data and this is what Rubrik enables. Instead of buying four or five separate hardware solutions, we provide a single easy-to-use management platform,” he says.

Not surprisingly, Sinha believes there are opportunities for the company following the introduction of the General Data Protection Regulation (GDPR) in Europe in late May. He also feels the far-ranging legislation is good for everyone.

“At the very least, GDPR has made companies take stock of their data. When they are forced to do this, it makes them pay attention to how well they are managing it and whether there are better ways to do so,” he says.

“Data management has typically taken a backseat in many enterprises and is something that is usually seen only in terms of it being a cost. The people who view it like this do so because they have not found a direct correlation between managing data and the top line. But by reviewing how a businesses looks after its data and by finding ways to dive deeper into it, it can be turned into an asset rather than simply an expense,” Sinha adds.

If you want to build a big company, you need to empower people and that comes from knowledge

That Sinha is someone who believes all data should be easily accessible is obvious. But this belief doesn’t just reveal itself in his company’s software – it also shows in its boardroom. The entrepreneur insists on what he calls “radical transparency”, which means that all employees are invited to attend board meetings, either in person or through video conferencing.

According to Sinha, no topics are off the table and employees are encouraged to challenge the company’s directors on its plans and performance.

“We want to eliminate information control. If you want to build a big company, you need to empower people and that comes from knowledge. We could just pay lip-service to the idea, but I want to ensure there are no secrets. In some companies there are cliques, and so employees can be left feeling on the outside of things. We want to eliminate this,” he says.

Whether the company can remain this open as it continues to grow remains to be seen. Sinha, who is eying a public flotation in the coming years, is optimistic it will.

“We want to be a 25,000-employee company and the global standard for data management. Rubrik is in no rush to go public, but when we do it will invite even more scrutiny of the company, and this is good because it will keep us focused and driving the business forward,” he says.

Ireland is 13th most expensive place in the world to live 11:12
New online portal for people seeking to upskill or retrain 09:15
State plans Covid-19 testing for lorry drivers on ferries to France 08:22
China’s economy picked up speed to end 2020 in solid shape 08:12
Employers cautiously optimistic about 2021, recruitment survey finds 07:48