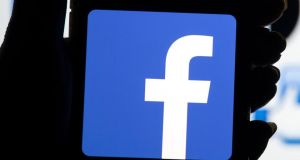 It was “at least arguable” Facebook may be able to persuade the Supreme Court that some or all of the facts under challenge should be reversed, the Chief Justice, Mr Justice Frank Clarke, said.

The Supreme Court has agreed to hear an unprecedented appeal by Facebook over a High Court judge’s decision to refer to the European Court of Justice (CJEU) key issues concerning the validity of EU-US data transfer channels.

The five-judge Supreme Court, in a significant decision on Tuesday, said it would hear the appeal as a matter of urgency before the end of this year and would notify the High Court, which has already forwarded the reference to the CJEU, of its decision.

The questions raise significant issues of EU law with huge implications, including whether the High Court was correct in finding there was “mass indiscriminate processing” of data by US government agencies under the Prism and Upstream programmes authorised there.

If Facebook persuades the Supreme Court to make certain orders in its appeal, those could be of value only if the Supreme Court judgment is delivered well in advance of the likely hearing before the CJEU, the Chief Justice, Mr Justice Frank Clarke stressed on Tuesday.

The grounds of appeal include whether there is any entitlement in the first place to appeal a reference decision made by the High Court.

The Chief Justice said there could be cases where there may be a significant dispute as to whether an appeal is permissible.

It was not possible to adopt “a hard and fast rule” as to the proper approach for a court to adopt in such cases and he considered there was a stateable issue as to whether existing jurisprudence meant there was no right of appeal. There were also issues as to the type of any appeal.

He rejected arguments by the Data Protection Commissioner and Austrian lawyer Max Schrems that Facebook could not seek to have the Supreme Court reverse certain disputed findings of fact by the High Court, including findings about the extent of protections in the US for data privacy rights of EU citizens.

It was “at least arguable” Facebook may be able to persuade the Supreme Court that some or all of the facts under challenge should be reversed.

Facebook disputes certain findings of fact by the High Court’s Ms Justice Caroline Costello grounding the reference which, it claims, are wrong. Those include findings in relation to US law and surveillance practices on foot of which the High Court concluded the Data Protection Commissioner had “well-founded concerns” about the adequacy of protections in the US for data privacy rights of EU citizens.

Giving the Supreme Court’s ruling today, the Chief Justice stressed, one of the grounds in the appeal is whether or not there is a right in the first place to appeal a reference.

While there could be no doubt existing jurisprudence imposes significant limits on the ability of a national appellate court to interfere with the important freedom every national court enjoys to make a reference, “there may, however, be questions as to the precise extent of that limit,” he said.

He said the court was granting leave to appeal on that issue and on all 10 grounds of appeal advanced by Facebook.

While several of those grounds concerned findings of fact by the High Court, he said the precise status of the findings of fact, so far as the issue which the CJEU will need to consider, “is not absolutely clear”.

There is a certain lack of clarity about the precise extent to which the findings of fact of the High Court in this case may impact on the assessment of validity which the CJEU may have to conduct as a result of the reference, he said.

Facebook has “at least a legitimate interest” in seeking to ask the Supreme Court to review the facts as found by the High Court, subject to the legal issue concerning the admissibility of any appeal to the Supreme Court and the type of appeal which might be found to be maintainable.

“The facts have the potential at least to influence the ultimate result of these proceedings,” he said.

Three of Facebook’s grounds of appeal relate to the validity or necessity of the making of the reference in the context of various matters, including the Privacy Shield agreement between the EU and US. Facebook argues the High Court was bound by the decision/finding on US law contained in the Privacy Shield decision.

Facebook also argues the High Court was required to take into account the effect of the introduction of the General Data Protection Regulation on the legal context which will operate when the CJEU comes to consider the reference.

Other grounds of appeal involve claims by Facebook that the High Court made a number of errors in its assessment of US law.

The Chief Justice said Facebook was essentially seeking that the Supreme Court “correct” the alleged errors, including the High Court findings of “mass indiscriminate” processing, that surveillance is legal unless forbidden, on the doctrine of legal standing in US law and in the consideration of other issues including safeguards.

Facebook also argues the High Court erred in finding the laws and practices of the US did not provide EU citizens with an effective remedy, as required under the Charter of Fundamental Rights of the EU, for breach of data privacy rights.

1 Should my mam wait for house prices to drop before buying?
2 Irish whiskey sales near milestone of 12m cases a year
3 Hard-hit SMEs get ‘paltry’ €11m worth of loans under State scheme
4 Pilita Clark: Why we’re about to learn if we are really in the A-team
5 Chris Johns: Past is another country when it comes to our post-pandemic future
Real news has value SUBSCRIBE