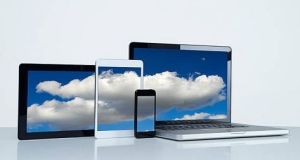 Independent TD Michael Fitzmaurice said broadband was “as important as water and electricity” in rural Ireland”, and called for the Dáil to be recalled. Photograph: Getty Images

Taxpayers could face a bill of €1 billion to complete the National Broadband Plan, according to industry sources close to the scheme.

Initial reports suggested a total cost of €1 billion for the project, which would be shared between the State and the winner of the tender, but it is now estimated that the cost to the taxpayer alone will now hit this sum.

This is primarily because of the high cost of laying fibre-optic cable in remote rural areas, and the fact that the Government has little or no leverage in terms of price with just one bidder left in the process.

The withdrawal of Scottish energy giant SSE from the sole remaining consortium bidding for the project has raised serious questions over the future viability of the scheme given the expertise the energy infrastructure specialist offered.

The Government has insisted that the plan is “still on course” despite the withdrawal of a key player just weeks before the tender documents are expected to be received by the Department of Communications.

Spokespersons for the Taoiseach and the Minister for Communications Denis Naughten did not comment. However, the Minister of State at the department, Sean Kyne, insisted that the National Broadband Plan was still viable.

Mr Kyne said that the process of extending broadband to rural areas had been “a difficult journey but we are committed”.

“As far as I am concerned it’s full steam ahead; nothing has changed except the line-up. Enet are absolutely confident that they will have the backers for the National Broadband Plan rollout.”

He said tenders from the remaining consortium were expected in the coming weeks, and the Government hoped to award the contract soon after that.

“I don’t agree it’s failing,” Mr Kyne said. “And from the department’s and the Government’s view we are not in any way saying that it is failing. We are committed to it. It’s still on course.”

Independent TD Michael Fitzmaurice said broadband was “as important as water and electricity” in rural Ireland, and called for the Dáil to be recalled to discuss the development.

“Fine Gael and their Independent colleagues have been caught out once again. They are quite happy to treat rural Ireland quite differently to their south Dublin bastions,” Mr Dooley said.

“The wheels have come off the entire National Broadband Plan. Since Minister Naughten took office in 2016 every facade of the plan has been diminished and downgraded, and any opportunity to reduce the State’s involvement has been taken.”

Independent Super Junior Minister Finian McGrath said he was “very disappointed” at the withdrawal of SSE. He was “very confident that Denis Naughten will deal specifically with that issue”. He told Dublin City FM he was “open to the idea of a Cabinet meeting” to discuss the broadband plan.