Microsoft holds event on importance of women in tech industry 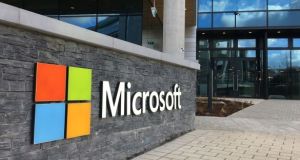 Tech workers, academics and international companies have gathered at Microsoft in Dublin for an event focusing on the importance of women holding positions of influence in the tech industry.

The Hopper Local event, which is modelled on the AnitaB.org Grace Hopper Celebration, was held in conjunction with Google and Microsoft at the latter’s Dublin offices.

“It’s the first time that Hopper has run a Hopper Local event, and we are delighted to be the hosts,” said Microsoft Ireland general manager Cathriona Hallahan.

Among the companies taking part and supporting the event were Facebook, Stripe, SAP, Microsoft, Google and Science Foundation. Microsoft’s vice-president of business development Peggy Johnson was just one of the speakers who contributed to the event, delivering a key address.

The participation of women in the tech industry is a subject Ms Johnson has backed vocally in the past; she was also responsible for unveiling Microsoft’s commitment of enabling 10,000 girls to engage with technology positively over a two-year period.

“Diversity and inclusion in general is part of our core culture at Microsoft and our mission to empower every individual and organisation to achieve more means that we want to not just do diversity for diversity’s sake, but we need to reflect that individual make up in our company,” said Ms Hallahan.

“In Europe, there is a very small percentage – I think it’s 30 per cent – of the ICT workforce that are currently made up of women. There are thousands of jobs in the European market and not enough people choosing technology as a preferred option. Microsoft is not just looking at people who are in the industry today.”

Among the other events on the day were panes addressing diversity in the technology sector, focusing on software engineering, cybersecurity, data science, AI, and inclusive design.

The annual Grace Hopper Celebration takes place in the United States, and will be held in October this year.

1 Bank leaked my loan request to family who tried to rip me off
2 Solar panels: How do they work - and are they worth it?
3 Over $12m from sale of Walford handed over in Sean Dunne bankruptcy case
4 EU and British positions harden ahead of Brexit talks
5 Ryanair and Aer Lingus monitor impact of coronavirus on travel to Italy
Real news has value SUBSCRIBE