Relax the .ie domain rules and squatters could see an opening 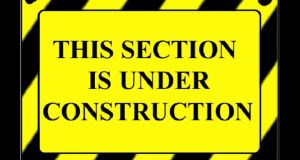 Domain squatting: buying up domains in the hope of selling them at a profit has been part of the web since the early days of those “under construction” Gifs

Almost two decades ago I began writing a regular blog called TechnoCulture. Blogging was just emerging as an online communications format, and most early bloggers were directly connected to the tech industry.

Around then I’d interviewed Dave Winer, who pioneered blogging by releasing two of the early blogging-software programs, including a user-friendly application called Radio. Dave pushed me to try blogging. Not many journalists were experimenting with this direct-to-an-online-audience format. I was intrigued, and eventually I started TechnoCulture using Radio.

One of many handy aspects of the software was that I didn’t need to have my own domain, as the annual subscription included the option of hosting. But soon I wanted my own dotcom address. And the obvious one to go for was technoculture.com.

Except I couldn’t. Like millions of people before and since, I discovered that someone already had technoculture.com. So I went for techno-culture.com instead. Getting techno-culture.com was exciting, as it was my first domain. But that compromise hyphen annoyed me – and it still annoys me all these years later. Because, then and now, it reminds me that technoculture.com, the domain I wanted, hasn’t been used by anyone, for anything, for nearly the entirety of its existence.

No, it has instead been owned primarily by domain squatters who have done diddly-squat with it except offer it for sale at prices I wasn’t interested in paying.

Domain squatting – buying up domains in the hope of selling them at a profit in the future – has been a controversial, sometimes profitable, occasionally litigious element of the web since the early days of atrocious html and those “under construction” Gifs.

If you were buying domains early enough, before just about every possible permutation of dotcom was registered, you could have assembled quite a valuable portfolio to sell at your leisure. (And why oh why didn’t I think of this glorious retirement strategy back when I was a student using the internet in the 1980s and 1990s?)

These URL-squeezed days, start-ups often are forced to choose names – sometimes truly weird makey-uppy ones – based on the better possibility of getting the matching domain.

Sometimes domain squatting escalates into higher-stakes cybersquatting: buying domains that include someone else’s trademark in the hope of separating established companies from a nice chunk of cash.

Back when the web was new Panasonic and Hertz were among the many mainstream companies that found their names had been registered by cybersquatters. The options in such disputes are to pay, to sue or to appeal to the arbitration panel at icann. org/">Icann, the Internet Corporation for Assigned Names and Numbers.

Almost uniquely worldwide, such problems rarely arise in Ireland. The IE Domain Registry, which administers the Irish country domain, tightly limited who could register a .ie domain from the start. Applicants had to prove a valid claim to the name – own a company of that name based in Ireland, for example.

Although this limited the growth of the .ie domain, it also made .ie domain squatting pretty much impossible. Which on the whole has been a good trade-off.

Now that might be set to change. The IE Domain Registry is proposing to loosen its rules so that applicants will need to prove only “a tangible connection to the island of Ireland”. It arguesthat this will make domain registration easier and faster, and will encourage citizens, clubs, communities and businesses to get a .ie domain. It is also good business for the registry to increase the number of .ie domains. It hopes to push this registration shift through by the start of next year.

No doubt such a policy change will make .ie domains far more accessible. But surely it will also create a market for claim jumping: nabbing promising .ie domains for later profit. Indeed, the registry recognises this and is considering introducing a new dispute-resolution process.

The IE Domain Registry also wants your opinion. It has begun a public consultation process and will take submissions until September 30th.

I suspect that this will go through and that many people will appreciate the easier availability of .ie domains. But expect future headaches, too. Is this a good idea? I don’t know. I’d be interested in what the public submissions say.

Yet you have to wonder about the registry’s commitment to hearing public input. Interested parties have been given only a month to prepare their submissions. The registry says it has approved this all internally and with stakeholders “in principle” already.

Have an opinion? You can get more information on the proposal and the submission process at iedr.ie/liberalisation.

On a different subject, if you are in Dublin on September 7th or 8th – that’s next Thursday or Friday – and are interested in all things digital, consider attending Re:publica Dublin as it returns for a second year. The Berlin-based festival is one of my favourites, and I’ll be moderating a session. More information at re-publica.com.