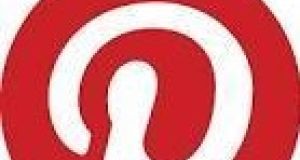 Pinterest said it will use the new money to improve its visual-search-and-recommendations technology to make ads that people see more relevant to their interests, and to expand globally

The funding makes Pinterest, which is based in San Francisco, one of the few privately held start-ups valued at more than $10 billion to raise money this year. The funding round, which was first reported by Bloomberg, brings a cash infusion that eases pressure for Pinterest to go public.

The company, which has 175 million monthly users and is nine years old, said in a statement that it will use the new money to improve its visual-search-and-recommendations technology to make ads that people see more relevant to their interests, and to expand globally. The company declined to comment on an initial public offering.

“It’s been out there that the company will do over $500 million in revenue this year,” said Ron Conway, who invested in Pinterest through his firm SV Angel. He said Pinterest had an opportunity to make more money because “users go to Pinterest with commercial intent”.

“They look for a recipe and then want to buy everything in the recipe,” he said.

When the messaging company Snap went public in March at a market capitalisation of $24 billion (€21.2 billion), some investors hoped a slew of other large companies like Pinterest would have IPOs. That would allow venture firms to cash out of their big bets and return money to investors.

More than 30 venture-backed companies have gone public so far this year, according to the research firm CB Insights, but few are very large or widely recognised consumer brands.