Eir chairman Padraig McManus to step down later this year 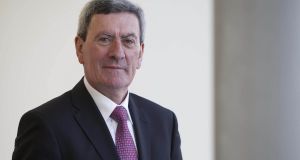 Eir chairman Padraig McManus is stepping down from the role later this year, the board announced on Friday. Mr McManus took up the role at the end of 2012.

The company cited no specific reason for his decision to step down and would not be drawn on whether Eir has considered anybody in particular to take over from Mr McManus. However, he did say he expected a replacement to be appointed “in the coming months”.

“In the past five years Eir has redrawn the fibre map in Ireland and has made many positive contributions to our economy”, said Mr McManus. “I believe the company is well-positioned to continue to grow and prosper in the future.”

Commenting on the news, Eir chief executive Richard Moat said: “He has been steadfast in his support for the company’s strategy of network investment that enables innovative and relevant products for our customers. It has been a pleasure to work alongside him for the past five years and we wish him the very best.”

1 Why gift a son now if it eats into his tax-free inheritance threshold?
2 Government to avoid ‘cliff-edge’ on Covid-19 payment changes
3 Chris Johns: Economic self-harm is the root of populism
4 Flights abroad ban could last all summer
5 Brexit: System agreed for Irish goods to skip checks on UK trade
Real news has value SUBSCRIBE