Boylesports founder likely to pick successor from within family

John Boyle prepares to step down as CEO, and company signs €1m deal with Nostra 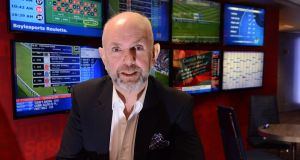 The founder and chief executive of bookmaker Boylesports, who signalled over the weekend that he plans to retire, is most likely to choose his successor from within his family, according to industry sources.

John Boyle (61) plans to step down later this year to become chairman of the company, which has 231 stores nationwide, according to a company spokesman who confirmed comments made by the executive to the Sunday Independent.

Mr Boyle’s daughters Orla and Jenna and son-in-law Conor Gray hold senior positions with the company, which was founded in 1982.

Meanwhile IT services firm Nostra Systems, has signed a new four-year contract worth up to €1 million with Boylesports.

Nostra is looking to more than triple turnover to €25 million by 2020 and recently opened an office in New York. Established in 2006 by Kevin O’Loughlin, along with Gary Byrne, Senan Finucane and Barry O’Loughlin, Nostra provides cloud, virtualisation and IT services to businesses.

The Lucan-based company has been servicing the Boylesports chain of more than 200 branches since 2011. The new contract extends that agreement to 2020. Other Nostra clients include aerospace company Avolon and Dawn Farm Foods. Speaking on the sidelines of the EY Entrepreneur of the Year chief executives’ retreat in San Francisco, Mr O’Loughlin said the firm was looking to extend its presence in the US over the coming months.