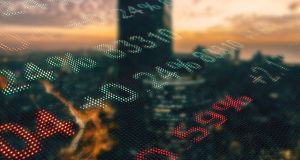 Investment in cybersecurity and blockchain has the potential to drive Dublin’s fintech growth, according to Russ Shaw

“Dublin is a logical home for financial technology [fintech] businesses”, according to Russ Shaw, a venture investor and former vice-president of Skype.

Mr Shaw, who is also the founder of the Global Tech Advocates network, was speaking to The Irish Times in the context of the on-going Brexit negotiations and suggested that Dublin was ripe for expansion. “Dublin has great fintech talent – even though [Dublin] might seem expensive – it has a lot of built-in advantages”, he said.

The investor pointed to investment in cybersecurity and blockchain saying that has the potential to drive Dublin’s fintech growth.

In addition to Dublin’s appeal, Mr Shaw says Ireland could benefit from the fact that “Brexit is going to add another degree of challenges to the technology sector across the UK”.

Currently in the UK, there is not enough homegrown talent to support growth in the sector, Mr Shaw believes, and Brexit could exacerbate that issue if there is a clampdown on migration into the country. “Roughly one in five tech workers in London are from the EU, so EU nationals play a key role in our tech sector,” he said.

Even with EU migrants playing such a key role, there is a shortage of workers, he says. “There are roughly 30,000 tech vacancies in London at the moment. It’s a worrying sign that we’re not filling those jobs fast enough.”

Tech is a very male-dominated sector, he notes, and his organisation has been trying to ensure more women come into the sector.

Mr Shaw was speaking in advance of the launch of Tech Belfast Advocates, a network of technology professionals looking to promote the sector in Northern Ireland.

The Belfast addition will complement sibling organisations in the Global Tech Advocates network, which boasts more that 5,000 members including tech experts, leaders and investors.

The tech network was launched at Digital DNA, a tech conference in Belfast, on Wednesday. According to a report for which Digital DNA is a community partner, Belfast employs more than 9,000 people in the digital sector and contributes about £530 million (€615 million) to the economy.